Watch Salma Hayek as a Trained Assassin in the Everly Trailer

We may be in a mini-boom period for action films starring well-known actresses getting in touch with their violent sides. We’re still awaiting January’s The Boy Next Door, a Fatal Attraction-style thriller starring Jennifer Lopez; last year’s Lucy, starring Scarlett Johansson as a supergenius causing havoc, was a surprise hit. And now comes Everly, which features Salma Hayek and her co-star — a machine gun.

Hayek’s no stranger to overheated, pulpy material — after all, this is the same actress who ran away with Oliver Stone’s Savages and made Bandidas. But Everly, whose trailer takes a break from gunplay only in order for a knife fight to break out, looks like something else entirely. Per the plot synopsis at Indiewire, Hayek plays “a yakuza prostitute who has been working as an informer to the cops.” It would appear to be an unusually meaty role for an actress who, too often, has been wasted in projects like Grown Ups 2. 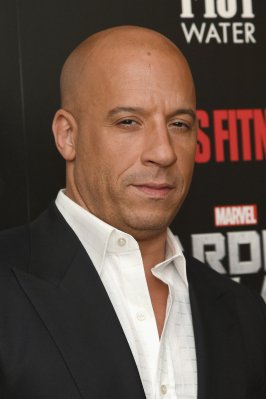 Vin Diesel Suggests He May Have New Marvel Role
Next Up: Editor's Pick