Did a Real-Life Alchemist Inspire Frankenstein?

Mary Shelley is sometimes called the mother of science fiction for concocting the tale of a lab-made man who becomes a monster — but she may have had a real-life alchemist in mind when she created the character of Victor Frankenstein.

Shelley’s Frankenstein; or, The Modern Prometheus was first published anonymously in London on New Year’s day, 1818, when Shelley was just 21. (Her name didn’t appear on the cover until a second edition was printed five years later.)

Critics with a psychoanalytical bent have read Frankenstein’s monster as a metaphorical figure drawn from Shelley’s tragic childhood and scandalous adolescence — for example, as the personification of her guilt over having an indirect hand in the deaths of two people: her own mother, who died in childbirth, and Percy Shelley’s first wife, Harriet, who drowned herself after Shelley left her, pregnant and alone, to embark on a European tour with Mary.

After all, it was during their European travels, while staying in Geneva with the poet Lord Byron, that Mary Shelley dreamed up Frankenstein in response to a ghost-story competition among the literary group. But since she and Percy had recently traveled through mountainous southern Germany, not far from the centuries-old Frankenstein Castle near the town of Darmstadt, some have speculated that she’d probably also heard the rumors of an eccentric inventor there who claimed to have discovered an “elixir of life.”

According to the History Channel documentary Decoding the Past: In Search of the Real Frankenstein, which aired in 2006, both Shelleys were already intrigued by the use of electricity to animate limbs — newly popular in the scientific community — when, on their way through the dark forests of the Rhine Valley, they likely heard tales of the alchemist Johann Konrad Dippel, a controversial figure rumored to have robbed graves and experimented on corpses at Frankenstein Castle.

“Dippel was convinced that he could bring a body back to life by injecting it with a concoction of blood and bone, often made from both mammal and human corpses,” writes Miranda Seymour in her biography, Mary Shelley. “In Mary’s novel, Victor Frankenstein would use animal bones to help manufacture his monstrous creature.”

While Dippel reportedly claimed to have found a way to live to the age of 135, he himself fell far short of the mark. He died at 61 and became part of a repertoire of local legends, Seymour writes, including “gruesome tales of a cannibal monster who, in times long past, used the grim little castle as his headquarters.”

Whether or not Mary was influenced by Dippel’s story, the premise for Frankenstein seems to have been lurking in her subconscience. In her 1831 preface to the novel, she attributed her inspiration to a nightmare she had at Geneva, where the company spent their evenings terrifying each other with chilling stories.

When she went to sleep, she writes, “I saw — with shut eyes, but acute mental vision — I saw the pale student of the unhallowed arts kneeling beside the thing he had put together. I saw the hideous phantasm of a man stretched out, and then, on the working of some powerful engine show signs of life and stir with an uneasy, half-vital motion…”

Read a book review of 1979’s The Endurance of ‘Frankenstein,’ here in the TIME archives: The Man-Made Monster 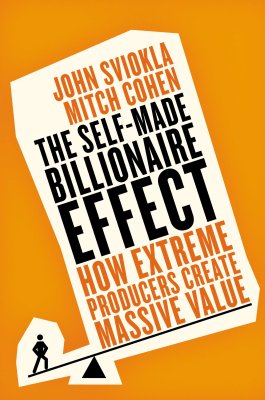 7 Myths About Self-Made Billionaires
Next Up: Editor's Pick