How an Abortion-Clinic Shooting Led to a 'Wrongful Life' Lawsuit

At a time when antiabortion violence had become disconcertingly common, John Salvi put a grim face on the epidemic. On this day 20 years ago — Dec. 30, 1994 — the 22-year-old New Hampshire hairdresser who’d plastered a picture of a fetus on his pickup truck walked into a Brookline, Mass., Planned Parenthood clinic and sprayed the waiting room with gunfire. Then he did it again, at another abortion clinic two miles away.

A beauty school classmate described Salvi in the way we often hear people described after they commit mass violence: quiet, emotionless, off. But a week before the shootings, something triggered his rage, according to his boss at the Eccentric Beauty Salon, where he worked as a trainee: not a debate over reproductive rights, but being told he wasn’t ready to cut a client’s hair.

The day after the Brookline shootings, Salvi was arrested when he opened fire at a clinic in Norfolk, Va. In total, he killed two people, wounded five and terrified abortion providers and their patients across the country.

Among the terrified was a woman named Deborah Gaines, who had been awaiting her appointment in one of the Brookline clinics when Salvi started shooting. He killed the receptionist and shot a patient administrator, then chased Gaines and others who fled the building, firing as he followed. Gaines escaped with her life — but so did her unborn daughter.

Gaines was so distraught after the shooting that she couldn’t bring herself to return for another appointment, according to the Washington Post‘s DeNeen L. Brown, and she ultimately carried the baby to term. She later sued the clinic for between $100,000 and $500,000 to help raise the child in a controversial “wrongful life” case, which was settled out of court. Her attorney argued that the clinic should have had tighter security measures in place, given the increasing outbreaks of violence against abortion providers. Since they hadn’t, he said, Gaines had been denied her right to terminate her pregnancy.

Meanwhile, some in the pro-life community argued that the birth of Gaines’ daughter was the silver lining to the tragedy. A handful even argued that Salvi, who committed suicide in prison in 1996 while serving two consecutive life terms, could be considered a hero for ensuring that the child was born.

But Gaines, a single mother who had three other children and was receiving public assistance when she made the abortion appointment, didn’t see it that way, according to Brown.

“I know ignorant people out there are going to say if it weren’t for John Salvi, this baby wouldn’t be here,” Gaines told the Post reporter. “But this does not make him a hero.”

Read TIME’s original coverage of the shootings, here in the archives: An Armed Fanatic Raises the Stakes 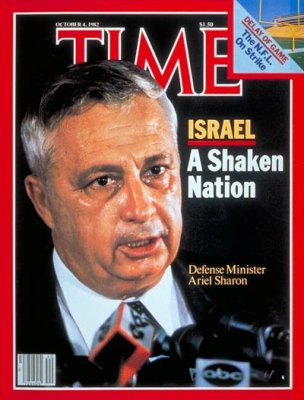 TIME Remembers the Leaders Who Died in 2014
Next Up: Editor's Pick