The Interview Rakes in Over $15 Million in Online Revenue

A movie poster for "The Interview" is displayed outside the Megaplex Theatres - Stadium 6 on Dec. 25, 2014 in Mesquite, Nevada.
Ethan Miller—Getty Images
By Jack Linshi

The Interview brought in over $15 million in revenue from online rentals and sales through Saturday, after the comedy film was released for streaming and download on Christmas Eve.

Streaming rental of the HD film costs $5.99, while downloading and owning the film costs $14.99. 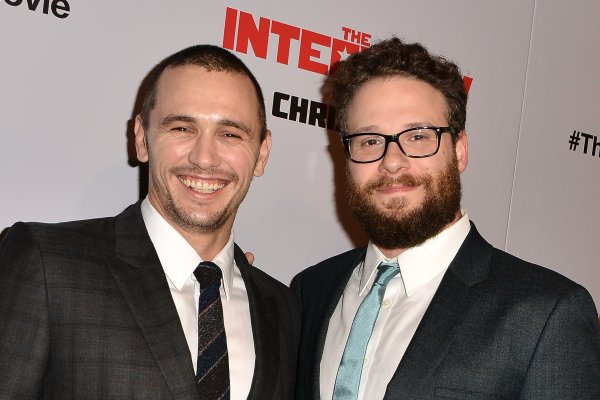 James Franco and Seth Rogen Live-Tweet The Interview
Next Up: Editor's Pick