ISIS Executed Almost 2,000 People in Syria Over the Past Six Months

In this June 16, 2014, file photo, supporters of the Islamic State of Iraq and Greater Syria chant slogans as they carry the group's flags in Mosul, Iraq
STR—AP
By Elizabeth Barber

ISIS executed 1,878 people in Syria over the past six months, including 120 of its own members, a U.K.-based Syrian human-rights group said on Sunday.

Most of the people killed by the Islamist terrorist group were civilians, including 930 members of a Sunni Muslim tribe from eastern Syria, Reuters reports, citing the Syrian Observatory for Human Rights.

All but four of those executed within ISIS’s own ranks were fighters trying to leave and go back home.

ISIS, which has declared a caliphate across a broad swath of Syria and Iraq, and regards breaches of strict Islamic law as punishable by death, frequently releases videos of its executions, including the killings of two U.S. journalists and three aid workers from the U.S. and Britain. 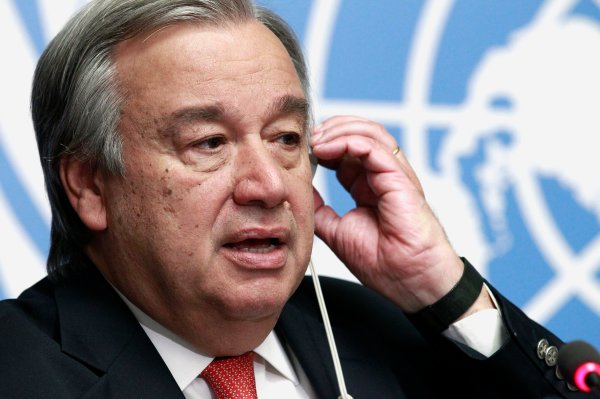 U.N.: $8.4 Billion Needed for Syria and Neighbors Hosting Refugees
Next Up: Editor's Pick