U.S. Ends Its War in Afghanistan

U.S. Army General John Campbell salutes during a ceremony marking the end of the allied combat mission in Afghanistan at his headquarters in Kabul, Dec. 28, 2014.
Shah Marai—AFP/Getty Images
By Mark Thompson

The U.S.-led coalition in Afghanistan ended its combat mission Sunday, marking the formal—if not real—end to the longest war in American history.

American warplanes began bombing the country on Oct. 7, 2001, less than a month after the 9/11 attacks. Their goal was to drive the ruling Taliban from power, after they had given sanctuary inside the country to Osama bin Laden and al Qaeda, which had plotted the terror strikes.

The U.S. and its allies have remained since then, trying to build up Afghan military and police forces sufficient to defend their country without outside help. Despite Sunday’s bowing out, the U.S. will remain involved in Afghanistan’s fight against the Taliban for years to come.

“In the wake of the Taliban’s defeat in 2001, Afghanistan possessed no standing, professional security forces,” Army General John Campbell, chief of the International Security Assistance Force, said. “Over the course of a decade, our Afghan partners and we have built a highly capable Afghan army and police force of over 350,000 personnel.”

Sunday marked the formal handoff to that largely U.S.-trained Afghan military. “The road before us remains challenging, but we will triumph,” Campbell told a small gathering at ISAF headquarters.

“For more than 13 years, ever since nearly 3,000 innocent lives were taken from us on 9/11, our nation has been at war in Afghanistan,” President Obama said in a statement. “Now, thanks to the extraordinary sacrifices of our men and women in uniform, our combat mission in Afghanistan is ending, and the longest war in American history is coming to a responsible conclusion.”

“We will work with our allies and partners as part of NATO’s Resolute Support mission to continue training, advising, and assisting Afghan security forces,” outgoing Defense Secretary Chuck Hagel said. “And we will continue our counterterrorism mission against the remnants of al Qaeda to ensure that Afghanistan is never again used to stage attacks against our homeland.”

The number of U.S. troops in Afghanistan, which peaked at about 100,000 in 2010, will fall to 10,800 in January, aimed at helping the Afghan government hold on to power, even as Taliban units occupy territory increasingly close to the capital. Nearly 1 million U.S. troops pulled at least one tour in Afghanistan.

Yet during 2002 and 2003, the average number of U.S. troops in Afghanistan never topped 10,400. That means the U.S. forces left in country following the war will top the number fighting there during its first two years.

A total of 3,485 allied troops died in Afghanistan over the past 13 years, including 2,356 Americans. The war cost U.S. taxpayers, past, present and future, about $1 trillion. 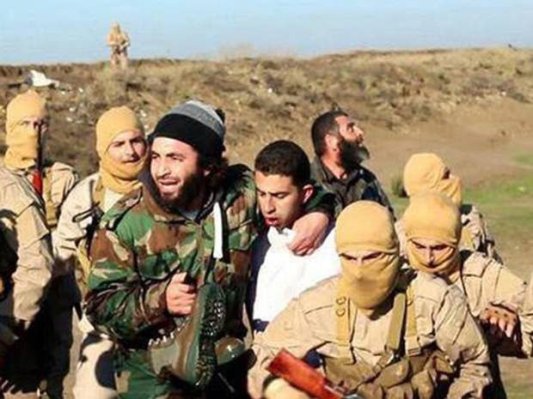 Jordanian Pilot Captured by ISIS
Next Up: Editor's Pick