Everything You Should Know About AirAsia

While the search for AirAsia Flight QZ 8501 continues, here’s what you should know about the airline that operated the flight.

What is AirAsia?
AirAsia is a low-cost airline based in Malaysia that primarily serves Southeast Asia and its surrounding regions. The airline began small — the airline had two planes when current management took over in 2001 — but has grown rapidly and is considered an important player for air travel in the region. AirAsia now flies to 88 destinations.

What’s the difference between AirAsia and AirAsia Indonesia?
You may have noticed that some news stories are specifying that the lost plane belonged to AirAsia Indonesia, while others are simply saying it was an AirAsia flight. There’s actually a subtle distinction between the two, which is worth noting. Indonesian law requires that the country’s citizens own at least 50% of any airline based in the country. So, AirAsia owns 49% of AirAsia Indonesia, which operated Flight QZ 8501, and the remainder of the airline is owned by Indonesian investors. AirAsia works with a number of affiliated airlines through similar arrangements, including Malaysia AirAsia, Philippines AirAsia and AirAsiaX, which operates long-haul fights for the group. Still, for the average flyer, there’s little noticeable difference between the eight AirAsia airlines.

Does AirAsia have a clean safety record?
AirAsia has had a pretty spotless safety record, with no major incidents reported prior to the loss of QZ 8501. Nonetheless, the European Union banned flights operated by the carrier from operating in the E.U. because of safety concerns in 2007 before reversing the ban in 2010.

Who runs AirAsia?
AirAsia CEO Tony Fernandes took charge of the company in 2001, when the airline had just two planes, and led its transformation from a small outfit to a powerhouse. In that time, he’s also cultivated a public persona that has been likened to that of Richard Branson. Fernandes, who dresses casually and maintains an active Twitter presence, worked in the music industry before focusing on airlines. He even played the role of boss on an Asian version of The Apprentice.

How is AirAsia connected to Malaysia Airlines?
Both airlines are based in the same region and have lost planes in the past year, but, in short, the two aren’t connected. 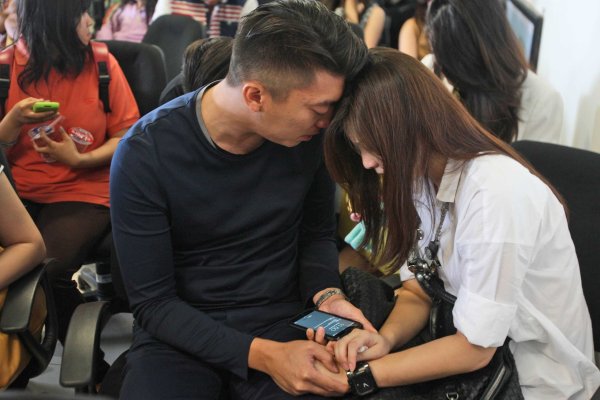 No Sign of Missing Plane
Next Up: Editor's Pick