On Friday, Dustin Diamond—better known as Screech from Saved by the Bell—was arrested by the Ozaukee County Sheriff’s Department for allegedly stabbing a man. While few details were known at the time, reports of what happened are now starting to trickle out.

According to a report obtained by CNN, Diamond claims that the incident began when a group of intoxicated people became unruly, and so he left his girlfriend, Amanda Schutz, to go close out his tab. When he returned, he allegedly found Schutz bleeding with two men holding her hair. According to the report, Diamond was accosted by another man when he moved to intervene, and inadvertently stabbed the man in the process. The wound was not life-threatening.

CNNis also reporting that other people in the Port Washington, Milwaukee bar claim that the incident began when women started shoving each other, and that “a women was upset because people were taking pictures of her and her boyfriend.” 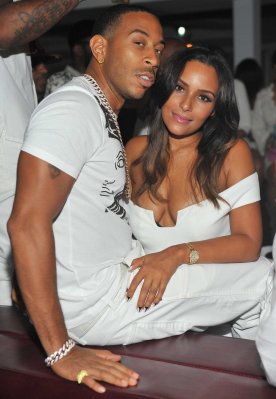 Rapper Ludacris Proposes to Girlfriend on Private Plane
Next Up: Editor's Pick