Bing Christmas: 'Tis the Season to Be Crosby

On Dec. 25, 1941, 73 years ago today, Bing Crosby introduced “White Christmas” on his CBS radio show. Written a few years earlier by Irving Berlin, and dusted off for the Crosby–Fred Astaire musical Holiday Inn, the song came out on July 30, 1942, to coincide with the film’s Aug. 4 release. It topped the record charts by October and remained there until January. Reissued each year thereafter, it reached No. 1 again in 1945 and 1946, and was in the top 15 eight other years. With more than 50 million in sales, “White Christmas” is the best-selling single of all time.

Who would rival Crosby as the most popular, influential and enduring entertainer of the 20th century? Perhaps only his pal Bob Hope and, let’s say, Frank Sinatra, Elvis Presley and Michael Jackson. As detailed in Bing Crosby Rediscovered, receiving a holiday encore this weekend on PBS’s American Masters series, he revolutionized pop singing by crooning, not belting, his songs into a microphone, creating an instant and erotic intimacy with his listeners. His 1935 radio show on CBS saved the struggling network and made it a rival to mighty NBC. In films his image as the easy-going bon vivant put him among the leading stars of his era, and his pairing with Hope in Road to Singapore and its sequels accounted for the top-grossing movie series before the James Bond era. He won an Oscar as the singing priest in the 1944 Going My Way and probably deserved another one a decade later as the alcoholic actor in The Country Girl.

Bing, according to producer Ken Barnes on the PBS show, “rolled uphill to success.” He missed some early gigs, including his CBS radio debut, because of heavy drinking. (“He wasn’t hard to work with,” recalled Al Rinker, his partner in the late-’20s trio The Rhythm Boys. “He was hard to find sometimes.”) Devoted less to hard work than to golf, he found a way to spend more time on the links by prerecording his broadcasts; another first. The only star of early talkies with no prior experience in movies or on the legit or vaudeville stage, Crosby made acting look as natural as singing. Like Astaire, he was both an innovator and a classic, a species of utterly American elegance. That’s how he earned tens of millions (much of which he lost on the horses — raising his own and betting on others). As Hope wise-cracked, “No one has ever done so much with so little for so long, for so much.”

Crosby was a star for all media and all seasons. But this is the season he still owns. Bing pretty much invented the Christmas music industry. He’d been hosting Christmas specials on radio since 1936. “White Christmas,” which expressed the ache of nostalgia for World War II soldiers an ocean away from their families, certified his primacy as the pop-music Santa Claus. In 1943 he went to No. 3 with “I’ll Be Home for Christmas (If Only in My Dreams),” another ballad for homesick GIs.

Two years later came Merry Christmas: eight Crosby songs on four 78s in a hard-back format (why they were called “albums”). Later expanded to 12 songs for the 1954 LP edition, Merry Christmas has flourished in vinyl, tape, CD and downloads. It has been continuously in print longer than any U.S. album except for the original-cast recording of Rodgers and Hammerstein’s 1943 Broadway musical Oklahoma!

Assembled before the golden age of secular Christmas songs (Nat King Cole’s “A Christmas Song,” Gene Autry’s “Here Comes Santa Claus,” Hope’s “Silver Bells”). Merry Christmas mixes the solemn (a robust “Adeste Fidelis”) and the swingin’ (the vamps of “Jing—jing—jing—jingle bells” that he swaps with the Andrews Sisters). Bing does a little globetrotting here, adding songs with Irish and Hawaiian settings, but it’s basically that warm Crosby baritone making merry and bright. Among holiday LPs, this is the all-time champ.

Long resisting TV because he believed that weekly visual exposure would dilute his popularity, Crosby eventually starred in specials a few times a year, including an annual Christmas show that often featured Gary, Philip, Dennis and Lindsay, his four singing sons from his first marriage to Dixie Lee. In Bing Crosby Rediscovered, producer-writer-director Robert Trachtenberg (who did the excellent Gene Kelly doc Anatomy of a Dancer) offers a balanced tribute to a man more complex and haunted than the public Bing; this is Crosby with his toupée off (literally, in two clips from 1945).

He sent platoons of psychiatrists to help Dixie give up drinking, without success; he was making a movie in England when she died at 40 of ovarian cancer. He tried disciplining his sons with tough love — “I laid in a big leather belt,” he said in his autobiography — but they rebelled by getting in trouble. Gary, who wrote a book accusing his father of sadistic strappings, died at 62 of lung cancer. Dennis and Lindsay were gunshot suicides, at 56 and 61 respectively. Only Philip survived into this century, dead at 70 of a heart attack.

Three of the boys were along for their dad’s last TV special, the 1977 “A Merry Olde Christmas,” with guest star David Bowie. Asked to duet with Crosby on “The Little Drummer Boy,” Bowie at first refused; so Ian Fraser, the show’s musical director, teamed with composer Larry Grossman and producer Buz Kohan and created an instant carol, “Peace on Earth,” for Bowie to sing in counterpoint to Bing’s “Drummer Boy.” Recorded on Sept. 11, the song was in the program when it aired Nov. 30, and reached No. 3 on the U.K. charts when it was released as a single in 1982. But Crosby had died Oct. 14, at 74, suffering a heart attack at the conclusion of a foursome on a Madrid course. His last words: “That was a great game of golf, fellas.”

The year before, when asked for a quick self-description by Barbara Walters, Crosby replied: “I’d say he sang a fair song, in tune most of the time; that he could read lines pretty good; had a good sense of comedy timing, a fair vocabulary; and not a bad fella all around. That’s about it.” Irving Berlin couldn’t have written a finer, fairer obit of Bing Christmas. 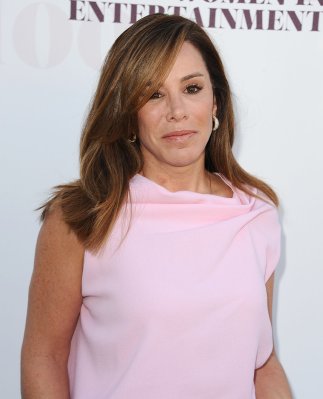 Melissa Rivers's Christmas Wish: I Want My Son to Laugh Again
Next Up: Editor's Pick