Madonna arrives on the red carpet for the 56th Grammy Awards at the Staples Center in Los Angeles on Jan. 26, 2014.
Robyn Beck—AFP/Getty Images
By Entertainment Weekly / Jonathon Dornbush

The leak comes in the wake of Madonna’s attempt to circumvent her previous unfinished work appearing online by releasing six tracks from her upcoming album Rebel Heart earlier than she intended to distribute them.

The new leak first appeared on Dec. 23 and includes 14 songs. According to Idolator, the tracks, including a collaboration with Pharrell, are: “Veni Vidi Vici,” “Beautiful Scars,” “Freedom,” “God Is Love,” “Hold Tight,” “Best Night,” “Inside Out,” “Tragic Girl,” “Nothing Lasts Forever,” “Holy Water,” “Graffiti Heart,” “Body Shop,” and “Back That Up (Do It) feat. Pharrell.” 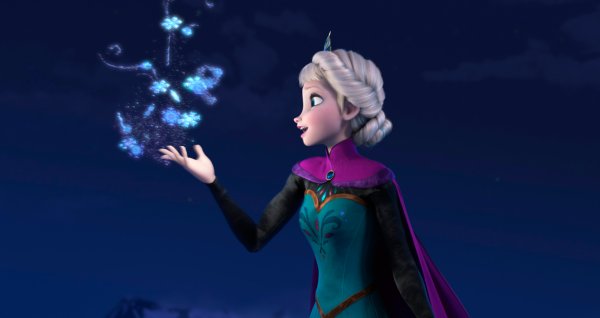 Watch a 'Let It Go' Flashmob Surprise Schoolchildren
Next Up: Editor's Pick