Pope Francis used his Christmas address at the Vatican to pray for peace for those suffering through conflicts in the Middle East, Ukraine and Africa.

Speaking to thousands amassed below his perch on St. Peter’s Basilica, USA Today reports, he singled out residents and refugees of Iraq and Syria “who for too long now suffer the effects of ongoing conflict and who, together with those belonging to other ethnic and religious groups, are suffering a brutal persecution.” He also mentioned the families of the children killed in the recent school attack in Peshawar, Pakistan.

“There are so many tears this Christmas,” he said, later adding: “May Christmas bring them hope, as indeed also to the many displaced persons, exiles and refugees, children, adults and elderly, from this region and from the whole world.”

The annual address came the day after he placed a satellite phone call to an Iraqi refugee camp, informing displaced families that they were in his thoughts this holiday season.

“Dear brothers, I am close to you, very close to you in my heart,” the Pope said to refugees outside the Kurdish city of Erbil, according to AFP.

Many of the refugees had fled a campaign of ethnic cleansing waged by militants of the Islamic State of Iraq and Greater Syria (ISIS) in the northwestern provinces of the country. The Pope condemned ISIS, accusing its members of carrying out attacks against “innocent children, children who have died, exploited children.”

“I am thinking, too, about grandparents, about the older people who have lived their lives, and who must now bear this cross,” he said, hours before he led midnight mass at the Vatican. 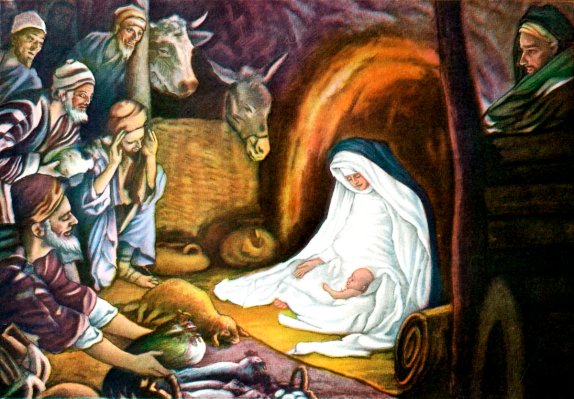 Wait, How Exactly Does the Nativity Story Go?
Next Up: Editor's Pick