2014 was a year of bearing witness. From grainy footage of police confrontations in the U.S. to acts of senseless violence abroad, this year we saw, we shared and ultimately – we connected.

We watched borders being redrawn in Eastern Europe, the rise of the Islamic State of Iraq and Syria (ISIS) and the spread of a microscopic, yet formidable, enemy: the Ebola virus. Some led thousands into protest; some led countries into battle, others began to heal rifts that began half a century ago.

Whether it was tragedy, transition or triumph, here’s a look at the most significant actions that helped shape 2014. 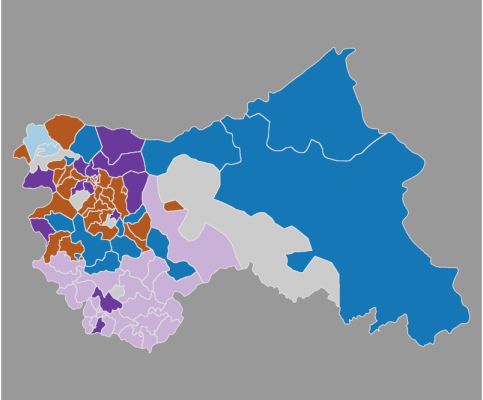 This Map Shows Modi's Growing Political Strength in India
Next Up: Editor's Pick