A still image released by the Islamic State on Dec. 24, 2014 purportedly shows a Jordanian pilot captured by ISIS fighters after they shot down a warplane from the US-led coalition with an anti-aircraft missile near Raqqa city.
EPA
By Mark Thompson

It could only have been worse, from the U.S. perspective, if the pilot had been American, falling into a barbarous enemy’s hands on Christmas Eve. It marked the first capture of an allied fighter in the four-month war against ISIS.

Jordan acknowledged their pilot had been captured near ISIS’s self-declared capital city of Raqqa. “Jordan holds the group (IS) and its supporters responsible for the safety of the pilot and his life,” a statement from the Jordanian army read on state television said. It did not specify whether the plane had crashed or been shot down, as ISIS has claimed.

The family of pilot Moaz al-Kasasbeh publicly sought his release. “Please send him back to us,” his brother, Jawad, told CNN. “He is just a soldier who is following orders and has no authority.”

ISIS posted two photographs allegedly showing the capture. In one, a man labeled as the pilot is seen being pulled by militants from a lake, soaking wet and clad only in a white shirt. A second shows him surrounded by militants, some of them masked.

“A Jordanian F-16 aircraft crashed in the vicinity of the northern Syrian city of Ar-Raqqah on Wednesday and the pilot has been taken captive by ISIL forces,” U.S. Central Command said several hours after the plane went down. “Evidence clearly indicates that [ISIS] did not down the aircraft as the terrorist organization is claiming.”

An earlier statement issued by the allies said that an air strike had been conducted against a “weapons stockpile” near Raqqa. “All aircraft returned to base safely,” it added. Twenty-two minutes later it issued what it called a “corrected” statement with that sentence gone.

The chance of a pilot being shot down and captured has been a major concern of U.S. war planners. That’s why the Army’s AH-64 Apache helicopters—flying low and slow—haven’t seen much action. High-and-fast flying fixed-wing aircraft are much less vulnerable to ground fire.

But even the world’s best warplanes can be shot down with what pilots call a “golden BB” that hits the plane in the right spot. F-16 and F-117 fighters were shot down over Yugoslavia in Balkan wars of the 1990s. Both pilots were rescued. An RPG downed a CH-47 Chinook helicopter in Afghanistan in 2011, killing all 38 aboard, including 25 SEALs and other special-ops troops.

Repeated flights over those trying to shoot you down increase the chances those shooting from the ground will eventually succeed. Since the U.S. and its allies began stepped-up bombing runs against ISIS targets Sept. 23, they have flown 10,000 sorties. About one of every four has been a non-U.S. flight.

As of Dec. 15, the 11 allies flying such missions have accounted for 14% of 1,287 air-strike missions, the most dangerous kind. In addition to the U.S., allies attacking targets in Iraq are Australia, Belgium, Canada, Denmark, France, Netherlands and the United Kingdom. Bahrain, Jordan, Saudi Arabia, and the United Arab Emirates have joined the U.S. in bombing runs against targets inside Syria.

al-Kasasbeh’s fate is grim. The jihadist group holding him has beheaded non-military Westerners for simply being Westerners. Pentagon officials fear he could be used for propaganda purposes, as several of the murdered Westerners were. If the allies claim he is a prisoner of war—and needs to be treated humanely, under the Geneva Accords—that suggests they recognize ISIS as a legitimate state, something they don’t want to do.

The pilot’s Facebook page was filling up with prayers from friends shortly after news broke of the shoot down. U.S. Army General Lloyd Austin, chief of Centcom, said the U.S. would “support efforts to ensure his safe recovery, and will not tolerate [ISIS’s] attempts to misrepresent or exploit this unfortunate aircraft crash for their own purposes.”

It’s a safe bet the U.S. will do all it can to help Jordan rescue him, although such missions have only a slim chance of success.

The topic came up at a Senate Armed Services Committee hearing in September. “Will U.S. forces be prepared to provide combat search and rescue if a pilot gets shot down, and will they put boots on the ground to make that rescue successful?” Senator Jim Inhofe, R-Okla., asked Army General Martin Dempsey, chairman of the Joint Chiefs of Staff.

Inhofe was referring to a U.S. pilot, but that caveat seems moot now. 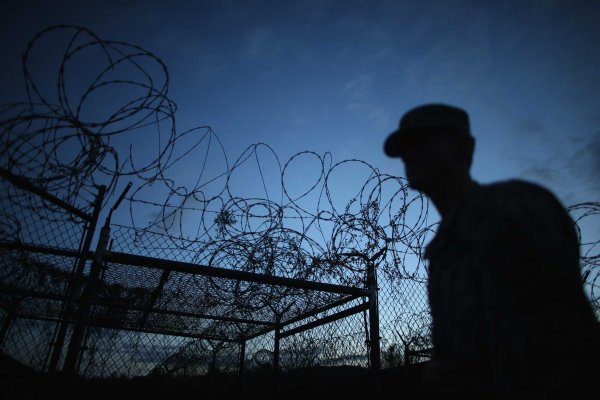