New Zealand citizen Philip Blackwood, center, is escorted by Burmese policemen after his hearing at a court in Rangoon on Dec. 18, 2014
Lynn Bo Bo—EPA
By Helen Regan

A bar manager from New Zealand and two Burmese nationals are spending Christmas Day in Burma’s notorious Insein prison and will go on trial Friday, charged with insulting the Buddhist religion.

Phil Blackwood, 32, is the general manager of V Gastro, a bar and restaurant in the country’s commercial capital Rangoon. He, along with the bar’s owner Tun Thurein and manager Htut Ko Ko Lwin, were arrested on Dec. 10 after posting a promotional advert on the establishment’s Facebook page showing the Buddha wearing headphones.

Though the post was removed and an apology issued, it quickly drew scorn from local Buddhists who found the image offensive.

The trio were refused bail and have been in custody since their arrest. Blackwood has had trouble finding legal representation and is being kept in a separate cell to his colleagues. He is also not allowed to see visitors.

If found guilty, the three face up to four years in prison.

“It shows a massive injustice — the lack of access to lawyers and consular support,” he tells TIME. “Even by their own legal procedures, [the legal system] has completely failed to uphold the rule of law.”

These charges are the latest example of rising religious chauvinism in the country. A group of hard-line Buddhist monks, called the Association of Protection of Race and Religion, or Ma Ba Tha in Burmese, is pushing hard-line Buddhism into politics and espousing an anti-Muslim rhetoric.

“There is evidence indicating that Ma Ba Tha and 969 [another ultra-nationalist Buddhist group] have strong alliances with political parties including members of the ruling party. There is a visible pattern of bias in government departments acting in favor of these groups,” says Htuu Lou Rae from interfaith group Coexist.

Earlier this month, Ma Ba Tha submitted a series of bills to the country’s legislature. The so-called Laws on Protection of Race and Religion include tough regulations on religious conversion and interfaith marriage. A marriage bill would require Buddhist women to seek permission from local authorities before marrying a man of another faith.

Rights groups, including advocates for women and ethnic minorities, have fiercely criticized the bills, saying they restrict religious freedom. “This so-called marriage law, or ‘protection law for women,’ is not only threatening women’s rights to make a decision for [themselves] but is also threatening women’s security and safety,” a spokesperson from the Burmese Women’s League tells TIME.

But despite the recent surge of anti-Muslim discourse in the country, Ma Ba Tha’s desire to protect the dominant Buddhist religion has deep historical roots dating back to the last of the Burmese kings in the early 20th century, when anticolonial sentiments were high.

“Once the British were about to depose King Thibaw, he issued a call to arms, telling people to rise up and defend not just the country, but also the Sasana [the Buddhist religion],” says Matthew Walton, a Burma scholar from the University of Oxford.

Insecurities over the opening up of the country after five decades of military rule could be driving the resurgence in nationalism today. “In times of uncertainty, the ‘protection’ of Buddhism can get reconfigured against an external threat,” says Walton.

For many hard-line Buddhists, the “external threat” in Burma right now is the perception that the Muslim population will take over the country.

And these extreme ideas do have an audience, “because of underdevelopment, a lack of critical humanistic education, wrong information from the media and from unreliable history books,” says Phyo Win Latt, a Ph.D. student at the National University of Singapore who focuses on Buddhist nationalism in colonial Burma.

Meanwhile, moderate members of the clergy do not feel that V Gastro’s promotional material warrants imprisonment. Ottama Thara, a monk from Mandalay who teaches Buddhist texts, says Buddha practiced forgiveness and therefore so should they.

“Whoever insults one particular religion, if they apologize for their actions, I think we should forgive them,” he says.

Instead of bowing down to intimidation from extremist groups, some feel there needs to be a clearheaded public debate about extreme nationalist ideas and religion’s role in politics.

“The bigger picture is that the government is completely unwilling to stand up to rising nationalism,” Mathieson says. “It demonstrates a collective failure of political leadership on the entire country that they are not calling this out.”

Those who do speak out are met with hostility and jail time. Htin Lin Oo, a member of Aung San Suu Kyi’s opposition party, the National League for Democracy, was sacked from his position and faces up to four years in prison after being charged with conducting “deliberate and malicious acts intended to outrage religious feelings,” the Irrawaddy reports. He had delivered a speech criticizing how Buddhism was being used as a tool for discrimination.

Htin Lin Oo’s dismissal from his own party shows that even a moderate opposition is reluctant to address the tide of growing nationalism in the country.

If Burma’s leaders continue with their unwillingness to deal with the rise of Buddhist extremism from nationalist groups, the country could be set on a dangerous course toward more intolerance and it could jeopardize the future of the reform process.

“It’s only going to get more heated,” says Mathieson. 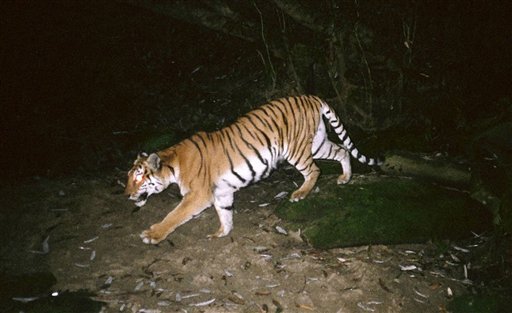 Rising Trade in Wild-Cat Products From Burma to China
Next Up: Editor's Pick