7 of the Craziest Predictions for the Future, From the Past

Back in 1992, in a special issue of TIME devoted to predicting what to expect in the new millennium, writer Lance Morrow waxed philosophical about why we prognosticate in the first place. Quoting political scientist Michael Barkun, he wrote, “The human mind abhors a vacuum … Where certainties are absent, we make do with probabilities, and where probabilities are beyond our power to calculate, we seek refuge from insupportable ignorance in a future of our own imagining.”

The future we’ve imagined over the last century has, in some cases, come to fruition: The global population has skyrocketed as resources have waned, and technology has unlocked boundless potential and eliminated entire categories of jobs. But in other cases, those forecasts remain indecipherable from the plots of science fiction movies. Of course, a prediction that sounded crazy in 1909 (say, Nikola Tesla’s vision of an instrument “which will enable its bearer to hear anywhere on sea or land for distances of thousands of miles”) might, a century later, end up in nearly 90% of Americans’ pockets.

At the risk of looking a fool when some of the following come true a century from now, here is a roundup of some of the looniest predictions since the advent of TIME — the magazine, not the concept — in 1923:

The future human will be a Cyclops. “Yes, in distant centuries or millenaries man will be a Cyclops, a Polyphemus, a being with one eye only.” So said Dr. Thomas Hall Shastid in a 1933 article about the “Face of the Future.” This future eye, explained Shastid, would be in the center of the face, below a high forehead, where the bridge of the nose once rested. The doctor reasoned that the human eye originally evolved to see far into the distance, but as the modern human “reads, writes, repairs watches, cuts gems, examines pictures, and so forth,” the cyclopean peeper would evolve to accommodate these close-range tasks and pastimes.

Grandchildren of the television age won’t be able to read. Covering the construction of a new TV station in 1951, TIME addressed the potential downsides of a newly television-obsessed culture. “Our people are becoming less literate by the minute,” the writer lamented, suggesting that in the zero-sum game of recreational hours, TV would eat up more and more of the time people once spent “reading books and thinking thoughts.” “By the 21st Century our people doubtless will be squint-eyed, hunchbacked and fond of the dark,” the writer predicted. “But why am I carrying on like this? Chances are that the grandchild of the Television Age won’t know how to read this.”

Every medical malady will be treatable with a miracle pill. If the Swiss doctor Francois Ody’s 1956 prophecy ever comes true, hospitals are going to find themselves in a tough spot. One of the most distinguished surgeons in Europe at the time, Ody imagined that “All the victories which have been the pride of brilliant surgeons will be forgotten,” replaced by the discovery of a “substance which, in the form of a capsule, will capture the sources of energy that will bring recovery within hours.” Such a magic antidote would obviate the need for surgery in most cases, leaving in its wake not only dumpsters full of scalpels, but also the physical pain inflicted by tearing a body open and sewing it back up.

“Frogmen” will live in underseas bunkers and tend to kelp farms. One way to address food shortages of the future, according to the RAND Corp. in 1966: eat more kelp. The think tank imagined that “Huge fields of kelp and other kinds of seaweed will be tended by undersea ‘farmers’ — frogmen who will live for months at a time in submerged bunkhouses.” The kelp, rich in protein, would then be ground into a powder which “could be regenerated chemically to taste like anything from steak to bourbon.” Though seaweed extracts are commonly used as additives today, they’ve yet to supplant the rest of our food supply. And so far, their cultivators still live on dry ground.

Spouses will be able to secretly control one another’s moods with “grouch pills.” The same 1966 article that predicted a kelp-driven food economy had something to say about marital relations, as well. If one spouse is in a particularly cantankerous mood, his or her partner, predicted RAND, “will be able to pop down to the corner drugstore, buy some anti-grouch pills, and slip them into the coffee.” Of course, the last half-century certainly has seen remarkable advances in psychiatric medication — from Adderall to Prozac — but as far as instantaneous mind control goes, we’re still relegated to old fashioned remedies like avoidance and a glass of wine.

Tomatoes will be square. The mechanization of agriculture during the middle decades of the 20th century drastically changed the face of farming. Some, observed former Agriculture Secretary Orville Freeman, believed the automation would “chill the ageless intimacy between man and his land.” Others saw nothing but progress in the increased production modern machinery afforded. Still others saw square tomatoes. “Another phenomenon in the not too distant future,” envisioned the Research and Development Chief at Deere & Co., “is square tomatoes, which, after all, could be more easily packaged by machine — and fit better in sandwiches.”

We will be able to feel and smell whatever’s on our television sets. Television has not rendered a generation illiterate (though some would argue just barely), and neither has it mastered senses beyond sight and sound, as a 1992 article about “multisensual media” predicted it would. According to Nicholas Negroponte, then director of M.I.T.’s Media Lab, the 21st century will bring “full-color, large-scale, holographic TV with force feedback and olfactory output.” The images on your TV, in other words, will be feelable and smellable, features whose desirability will vary greatly depending on exactly what it is you’re watching. Of course, we’ve got another 85 years to go in this century. Perhaps someday we’ll be able to feel the ruffles on Seinfeld’s puffy shirt and get a contact high from watching Weeds. 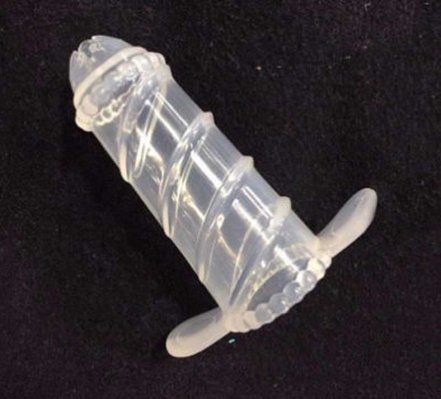