Remember Y2K? Here's How We Prepped for the Non-Disaster

“As police throughout the world secured emergency bunkers for themselves, the TIME magazine and Time Inc. information-technology staff set up a generator-powered “war room” in the basement of the Time & Life Building, filled with computers and equipment ready to produce the magazine in case of a catastrophic breakdown of electricity and communications,” explained then-assistant managing editor Howard Chua-Eoan, in a note that appeared in the magazine’s commemorative 1/1/00 issue.

Of course, it wasn’t long before it became clear that all the fears associated with the turn of the millennium were for naught. (The day’s most historic moment, Chua-Eoan noted, was actually the resignation of Russian President Boris Yeltsin.) In the same issue, reporting on the folks who had holed up in bunkers in preparation for the new year, Joel Stein found that at least one family was left with 12 cans of Spam they swore to eat, “disaster or not.”

The Y2K fuss began years ahead of the date in question. Back in 1998, the phrase “Y2K” (that’s for “year two thousand,” for those of you who have repressed the memory) first appeared in TIME in a story that explained the problem thusly: “The bug at the center of the Year 2000 mess is fairly simple. In what’s proving to be a ludicrously shortsighted shortcut, many system programmers set aside only two digits to denote the year in dates, as in 06/15/98 rather than 06/15/1998. Trouble is, when the computer’s clock strikes 2000, the math can get screwy. Date-based equations like 98 – 97 = 1 become 00 – 97 = -97. That can prompt some computers to do the wrong thing and stop others from doing anything at all.” That issue also featured an item about John Koskinen, the man responsible for getting the U.S. government ready for the approaching millennium. At that point, though the Pentagon had already begun repairing programs that used two digits to express the year, not much progress was being made.

Though most prognosticators cautioned that the necessary programs would get fixed in time, the fear of a fallout was still scary enough for TIME put the hysteria on its cover in January of 1999 under the headline The End of the World!?! (To be fair, the story’s conclusion was that such an end was unlikely to come. In fact, that cover story introduced the very family that, a few months later, would be stuck holding the Spam.) Y2K-problem lawsuits began to be filed. Wilderness-survival bootcamps suddenly got more popular. NBC made a made-for-TV movie about the coming disaster.

So it’s no wonder people were worried. Though we might make fun of them a little, looking back, we can also sympathize — and, even 15 years later, TIME’s suggestion for how to spend New Year’s Eve 1999 sounds pretty good. “After a season of Y2K anxiety and millenarian doomsaying, condensed history and holiday hype,” wrote James Poniewozik, “we should all be so lucky as to have another boring New Year’s.” 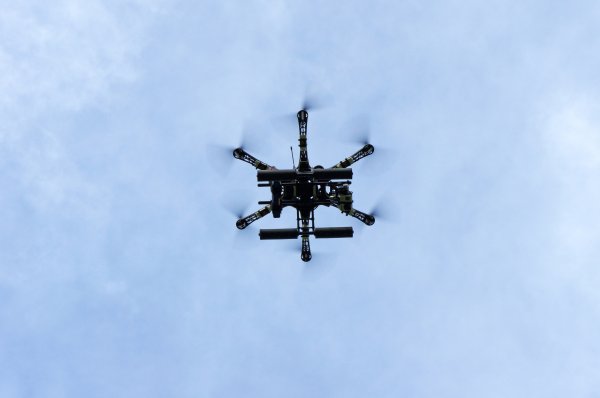 12 Things to Know If You Got a Drone for Christmas
Next Up: Editor's Pick