4 Reasons You Should Never Leave Another Voicemail Again

Coca-Cola recently yanked the plug on its voicemail systems, replacing the usual inbox greeting with a pre-recorded message that advises the caller to find an “alternative method” of reaching out, Bloomberg reports.

There’s no shortage of voicemail alternatives, from emails to texts. Really, it’s a mystery that voicemail could coexist alongside so many superior technologies that let recipients more easily scan their messages for the pertinent details.

Then again, telegrams passed their sell—by date some some 150 years ago, but that didn’t stop one telegram service in India from surviving out of sheer force of habit until 2013. Voicemail could have a longer than expected shelf life as well unless users abandon the technology in droves.

A survey by online phone company Vonage measured an 8% drop in voicemail usage between 2011 and 2012, USA Today reports. Voicemail retrieval dropped by 14% over the same period, suggesting that a growing share of voicemails are simply ignored.

Voice calls in general have cratered among the nation’s future workforce. Just 14% of teenagers say they use a landline on a daily basis, down from 30% in 2009, according to a 2012 Pew Survey. A similar decline was measured for cellphone calls.

Teens have shifted their communication to text messages, which they send and receive at a rate of 60 messages a day, up from 50 messages in 2009.

Is there any message that anesthetizes the brain quite like this: “At the tone please record your message. When you finish recording you may hang up, or press ‘1’ for more options.”

This preamble is annoying by design. It prolongs the call by a few extra seconds, enabling carriers to tack on a few extra cents to your next monthly bill. Former New York Times tech writer David Pogue once estimated that the major carriers may have skimmed up to $850 million off voicemail greetings, and in 2009 he launched a national “shame campaign” against carriers to have the messages removed.

The result? Several carriers shortened the message to seven seconds by removing an extra set of instructions for sending a fax or a page. Pogue, now writing tech stories for Yahoo!, is still dishing out secret tricks to bypass the messages.

No, this chart isn’t tracing the royal line of succession to the British throne:

Instead, it’s from Verizon’s guide to accessing a voicemail via touchpad, and it’s only missing a picture of David Bowie rolling a crystal ball over his fingers. 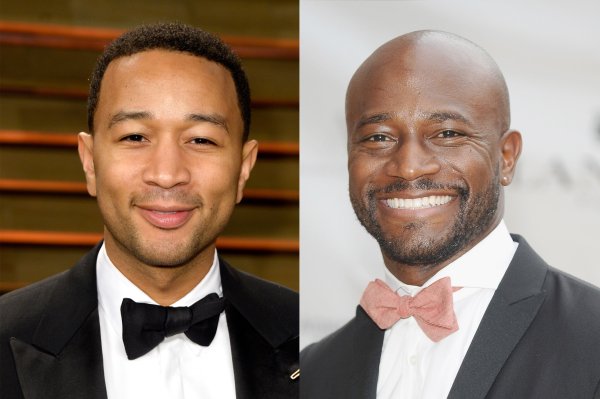 John Legend and Taye Diggs Had a Sexy Voicemail Sing-Off
Next Up: Editor's Pick