The Angelina Jolie-directed film Unbroken is generating buzz on the basis of its two outsized personas: Jolie’s, and the late Louis Zamperini (played onscreen by Jack O’Connell). The story of the Olympian-turned-prisoner of war became widely known when Laura Hillenbrand published her biography of him, which served as the source material for Jolie’s film; it’s a remarkable story of survival.

Jolie’s film takes some departures from what’s been documented, though none too dramatic. In general, where Jolie’s film diverges from history are in junctures that make the action more traditionally cinematic.

Here’s the breakdown of what’s true, false and somewhere in between:

As a young man, Louis Zamperini was a target for bullies who learned to defend himself.

Ruling: Sort of. On film, Zamperini is targeted by bullies and ends up on the ground, though his father later encourages him to defend himself; in real life, per Hillenbrand, Zamperini learned to fight back, leaving his classmates with “fat lips.” We also miss out on his later pastime of breaking into homes and outrunning the police; the film’s Zamperini is more of a misguided good kid than the book’s juvenile delinquent.

Zamperini got into running because his brother notices how good he is at running away from trouble.

Ruling: Not entirely. Jolie’s film leaves out that also he wanted to impress girls in school. Women, other than Zamperini’s mother, play no role in this film’s proscribed vision of the world.

Zamperini was a stunning standout at the Olympics.

Ruling: True. Zamperini placed eighth in the 5,000 meters at the 1936 Berlin Olympics, with an impressive 56-second final lap. It’s an artistic choice that the film omits Zamperini shaking an impressed Hitler’s hand, instead dwelling on just how amazing that final lap was.

After his plane was downed over the Pacific, Zamperini and his fellow survivors sustained themselves by eating albatrosses.

In Japanese P.O.W. camps, Zamperini’s main problem was the physical abuse he was taking, including getting repeatedly punched in the face.

Ruling: Hmm… The whole ordeal is awful, but Jolie tends to soften life for Zamperini, focusing on his relationship with a single guard rather than, say, his untreated beriberi. It’s a question of degree, but Zamperini seems to mostly have the malady of being treated poorly.

Zamperini talked to his fellow prisoners, including John Fitzgerald (Garrett Hedlund), in the cell block.

After his release from prison, Zamperini went on to carry the Olympic torch in Nagano in 1998 and to get married.

Ruling: True. But counting this is cheating: A series of titles onscreen list the facts about Zamperini’s later life. 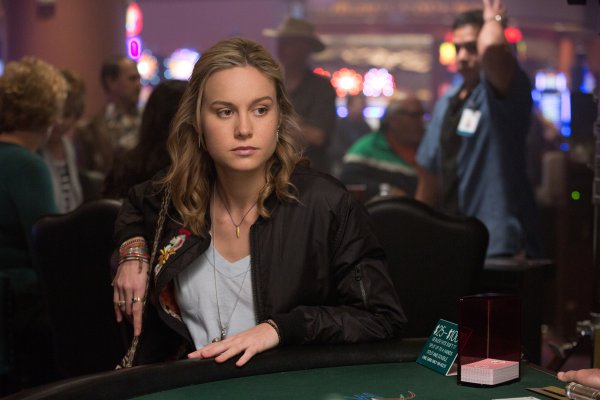 Brie Larson: Why The Gambler Is Actually the Perfect Christmas Day Movie
Next Up: Editor's Pick