The Man Who Would Be King… of Texas

Map of the United States extending from the Atlantic coast through most of Texas showing military stations and forts, 1861. Illustration by Joseph Hutchins Colton.
Buyenlarge / Getty Images
By Jennifer Latson

Texas has never been much of a joiner. When the United States officially annexed the Lone Star Republic on this day, Dec. 29, in 1845, it did so over some strident objections from inside and outside the state.

Northerners didn’t want Texas to join the Union because it did so as a slave state. Mexico objected because it still considered Texas a territory — and went to war with the U.S. within a year of the annexation. And while a majority of Texans favored statehood, one prominent politician stood in staunch opposition: the Republic’s second president, Mirabeau Lamar.

Lamar — with the apt middle name of Buonaparte — “had a dream of empire,” according to a 1928 TIME story. A Renaissance man known for his poetry and his talents for horseback riding, fencing and oil painting, he became an equally effective revolutionary in the fight for Texas’s independence from Mexico. As president, he was dogged in his determination to solidify the nascent Republic’s sovereignty and to establish trade with foreign powers. In fact, his nation-building efforts helped urge a divided U.S. Congress to pull the trigger on annexation, according to TIME, which explained:

While Lamar was unhappy to see the end of his empire dreams, he eventually conceded that it was better for Texas — still under constant threat of Mexican aggression on one front, and at risk of becoming a British satellite on the other — to join forces with the U.S.

But that didn’t stop him from resenting the intrusion. Following annexation, when Lamar was sent to Laredo to set up a municipal government in the midst of the Mexican-American War, he wrote to his former vice president, complaining about President James K. Polk’s collusion with his old political rival, Sam Houston, in typically florid prose: “The post I occupy in this war is certainly a very petty and unsuitable one, but the President is determined to gratify his favorite — your ‘demented monster’ — in all his resentments. Polk is but a poor tool to the malice of that bloated mass of iniquity.”

Like the state that still uses the motto “Texas: It’s like a whole other country,” Lamar was larger than life, with ambitions for the young nation that he couldn’t quite pull off, despite his impressive powers of persuasion.

“Lamar had great personal charm, impulsive generosity, and oratorical gifts,” wrote Herbert Gambrell, the late Texas historian and author of Mirabeau Buonaparte Lamar: Troubadour and Crusader. “[But] his powerful imagination caused him to project a program greater than he or Texas could actualize.”

While Lamar’s friends “were almost fanatically devoted to him,” Gambrell noted, his detractors “declared him a better poet than politician.” 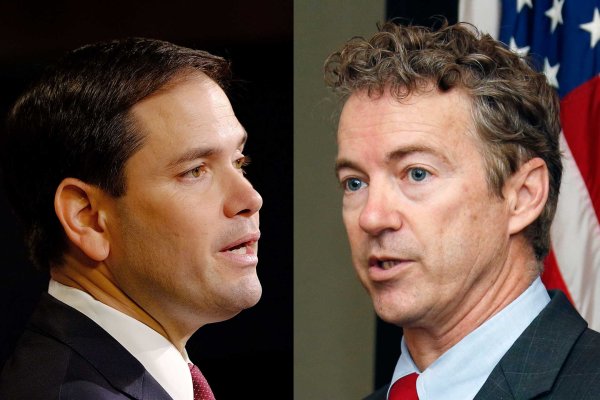 Cuba Isolationists Just Don't Get It
Next Up: Editor's Pick