Ideas
By Salamishah Tillet
Salamishah Tillet is an associate professor of English at the University of Pennsylvania and the co-founder of A Long Walk Home, a Chicago-based non-profit that uses art to end violence against girls and women.

Ava DuVernay, the director of the highly lauded film Selma, says that “in the 50 years since Dr. King’s death, there has never been a feature film casting him as a protagonist. That’s a jaw dropper.” This deficit is not because of a lack of interest. At the beginning of 2011, there were rumored to be no fewer than five King-related projects in Hollywood; at the end of that year, due to pulled funding or the King family’s objections, only Selma and an HBO miniseries remained.

In this context, Selma, in limited release Christmas Day and wide release January 9, is not only remarkable for its rich, nuanced, and–thanks to British actor David Oyelowo–deeply textured portrayal of King, but simply for its successful arrival on the big screen at all. To make a film on King turns out to be as complicated and controversial as the man himself.

Ironically, the most obvious reason for this deficit on the big screen has been King’s children and good friend and fellow Civil Rights activist Andrew Young. Young’s quite public statements about historical inaccuracies might have impacted the viability of King movies, like Paul Greengrass’ Memphis—about King’s assassination and final days—which got its funding pulled two months before filming after Young reportedly voiced his concerns to Universal executives. On the other hand, Selma has received tacit approval from some of King’s children, and Young was spotted on set. But they still did not grant DuVernay and screenwriter Paul Webb permission to use King’s actual words. As a result, all of his key speeches and dialogues in the film were written in a style inspired by King.

To date, the King estate has granted the actual rights to King’s life story exclusively to Dreamworks, for a film to be produced by Steven Spielberg. And even that film has been marred in drama: two of King’s three children, Bernice and Martin, originally threatened legal action against their brother, Dexter, because they had neither been consulted on the deal nor given their approval.

And just last January, its director, Oliver Stone, tweeted that he would not write or direct the biopic because he wanted to deal with “issues of adultery, conflicts within the movement, and King’s spiritual transformation into a higher, more radical being.” He went on to say his King ran up against the image of a “saint” that the estate wanted.

Such desires to sanitize King are not his family’s and close friends’ alone. In our collective memory of King, most Americans only know his 1963 “I Have Dream” speech that celebrates racial equality, while his later radicalism against a rising American military state in Vietnam and increasing class inequality are all but footnoted or forgotten. We remember him as a monument, not a man, unblemished, frozen in time, and as America’s ultimate racial reconciler who now lives on the National Mall.

King, as Michael Eric Dyson, author of I May Not Get There With You: The True Martin Luther King Jr., wrote to me in an email, “is a supreme paradox: on the one hand, he is the ultimate symbol of our racial progress, and on the other hand, the most undeniable reminder of the bloody price we paid for that progress. Thus he is at once soothing and subversive, both reassuring and troubling.” In other words, for a biopic to capture successfully the power of King’s dream, it would also have to recognize the tragedy of his death, a visceral and violent reminder that America’s racial crisis is ongoing and that the dreams of the civil rights movement are still unfulfilled.

This is not to say that filmmakers have not tried. Several award-winning documentaries, most notably King: A Filmed Record… Montgomery to Memphis and PBS’ Eyes on the Prize and Citizen King, have consistently provided us with King’s image and words within the tumultuous context of his time. And in 1978, Paul Winfield played King in Abby Mann’s six-hour mini-series King on NBC. Winfield, Cicely Tyson who played Coretta, and Ossie Davis as King’s father all earned Emmy nominations for their roles. Its conspiratorial ending, on the other hand, courted so much controversy that it prompted an inconclusive congressional investigation of King’s murder.

Between then and now, King’s legacy not only increasingly became conflated with a simple story of American racial progress, but Hollywood’s most successful films on the civil rights era (with the important exception of Spike Lee’s 1992 Malcolm X)—Mississippi Burning (1988), The Long Walk Home (1989), and most recently The Help (2011)—all told a story of resisting segregation through the more conciliatory experience of interracial friendships or white heroes.

Contrastingly, DuVernay’s Selma not only redirects our attention to the myriad of African Americans – organizers, students, and everyday citizens – who pushed the demands of the Civil Rights movement, but in the process, rescues King from the tomb of American memory. Through her eyes, and now ours, King emerges as a lover and leader, preacher and philanderer, a genius strategist and a vulnerable citizen. Through the film, he leans on others, his wife, gospel singer Mahalia Jackson, young activist John Lewis, even Malcolm X, as they all lean on him.

In this way, Selma is the big screen bookend to HBO’s 2001 television movie Boycott, based on King’s first major campaign, the 1955 Montgomery Bus Boycott to desegregate public transportation. Directed by Clark Johnson, Boycott starred Jeffrey Wright and Carmen Ejogo as a Coretta (a role that she brilliantly reprises in Selma), but showcased King, as a young leader, learning from and organizing with veteran activists like Jo Ann Robinson, E.D. Nixon, and of course, Rosa Parks.

Perhaps, the best movies about King are not based solely on him. Rather, they tell the history of the civil rights movement as it was: ideologically conflicted, multifaceted, and marked by big losses and mini-victories. And through such renderings of the past, we discover a new King who was both a man and an engine of a movement. He is more radical, more complex, and perhaps more prophetic. And even though this King might not be the hero that we thought we knew, he is the one that our time desperately needs.

Salamishah Tillet is an associate professor of English at the University of Pennsylvania and is currently working on a book on the civil rights artist, Nina Simone. She is the co-founder of A Long Walk Home, a Chicago-based non-profit that uses art to end violence against girls and women. 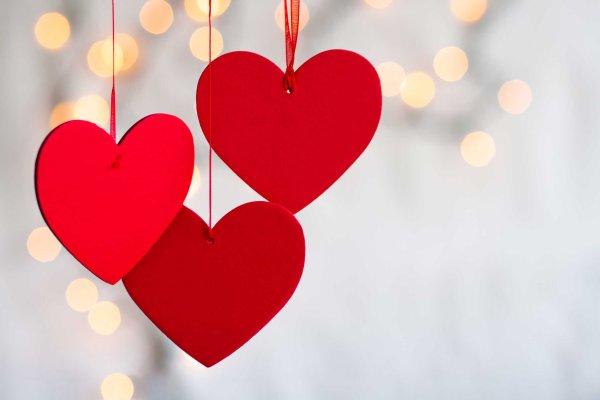 This Holiday Season, Let's Give the Gift of Being Present
Next Up: Editor's Pick