Getty Images
Ideas
By Ted Spiker
Ted Spiker is the chair of the department of journalism at the University of Florida and the author of DOWN SIZE: 12 Truths for Turning Pants-Splitting Frustration into Pants-Fitting Success.

Many of us who have used this time of year to turn our bodies around have fallen into the same cycle of failure: We’re frustrated with our size or weight, we vow that this is the year of skinny jeans, and we promise to skip the daily fataccinos.

On January 1, we’re all in. I’m going to do it! A month, a week, or a day later, we’ve backed out. Helloooo double-decker corned beef! To avoid the same fate in ’15, use these tactics while creating your diet and exercise declarations.

Ted Spiker (@ProfSpiker) is the interim chair of the University of Florida Department of Journalism and writes the Big Guy Blog for Runner’s World. He’s also the author of DOWN SIZE: 12 Truths for Turning Pants-Splitting Frustration into Pants-Fitting Success. 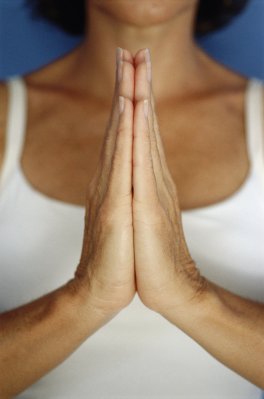 6 Surprising Reasons Gratitude Is Great for Your Health
Next Up: Editor's Pick