U.S. Economy Notches its Best Performance in Over a Decade

Traders work on the floor of the New York Stock Exchange in Nwe York City on Dec. 18, 2014.
Andrew Burton—Getty Images
By Fortune

The U.S. economy’s third-quarter performance is the strongest the nation has recorded in more than 10 years, as consumers continue to spend more as they feel emboldened by a stronger job market, a stronger housing market and rising stocks.

Gross domestic product for the third-quarter leapt a better-than-expected 5% according to the Commerce Department’s “third” estimate. That growth exceeded the prior quarter’s 4.6% increase. It also was the greatest advance since the third quarter of 2003, according to Bloomberg.

Economists had projected a 4.3% jump in GDP for the latest reading of the economy, according to a poll conducted by Bloomberg. And no economist polled by Bloomberg had expected a revision as high as the Commerce Department reported: the consensus range was between 4% to 4.5%.

The improved reading was a result of an increase in personal consumption that was more than the Commerce Department had initially reported, as well as greater federal, state and local government spending, an increase in exports and residential fixed investment. Imports, however, decreased.

There had been some indications the economy was performing well even before the Commerce Department report. Retail sales leapt a better-than-expected 0.7% in November, the strongest growth the Commerce Department has reported since March of this year. Fortune earlier this week reported that U.S. shoppers spent a record $42 billion on Saturday and Sunday, the final weekend before Christmas and signaling Americans are perhaps more willing to open up their wallets as they enjoy savings from lower prices at the pump and feel emboldened by a stronger stock market and improves in housing and employment. 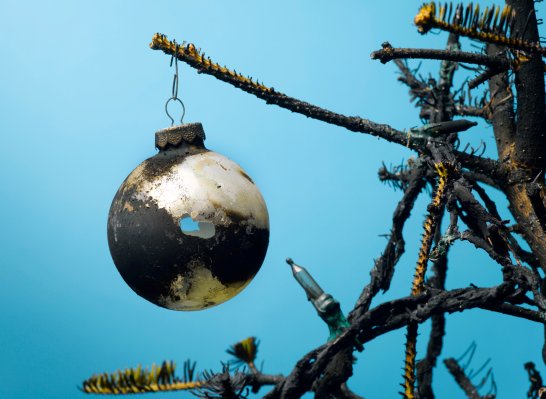 Forget the "Santa Claus Rally." This Is the "Bah Humbug" Bounce
Next Up: Editor's Pick