Tim Burton Says Beetlejuice Sequel Is 'Closer Than Ever'

It’d be hard counting how many times someone’s said Beetlejuice since Tim Burton’s film of the same name came out in 1988, but you’d think it would be enough times to warrant a reappearance, wouldn’t you?

The director spoke to IGN while promoting the upcoming movie Big Eyes and said a direct Beetlejuice sequel would only be possible with the inclusion of Michael Keaton, who starred in the original’s titular role.

“There’s only one Beetlejuice, and that’s Michael. There is a script, and I would love to work with him again. I think there is now a better chance than ever,” Burton said. “I miss that character. There’s something that’s cathartic and amazing about it. I think it’s closer than ever.”

Chatter about the Beetlejuice sequel has been slowly reaching critical mass: Keaton said in Feburary he was in if Burton was, and then in October he said the pair was waiting on a script – possibly with Pride and Prejudice and Zombies writer Seth Grahame-Smith, possibly not.

Last year, Winona Ryder told the Daily Beast that, while “I’m kind of sworn to secrecy, [the sequel] sounds like it might be happening.”

Commence your fervent speculation and pre-judgement, but please, for everyone’s sake: Do not mention the cartoon series. 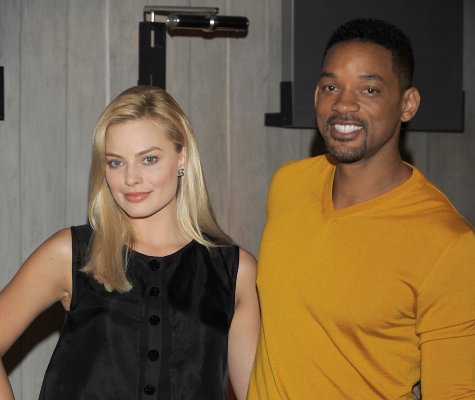 Will Smith, Margot Robbie Bicker Like a Married Couple in Focus Trailer
Next Up: Editor's Pick