An Islamic State of Iraq and Syria waves an ISIS flag in Raqqa, Syria, on June 29, 2014
Reuters
By Tessa Berenson

Militants with the Islamic State of Iraq and Syria (ISIS) have enslaved and sexually brutalized scores of women, selling them into marriage or giving them as gifts to militant fighters, according to a new report.

Since August, ISIS has captured hundreds, if not thousands of Yezidi women and girls and taken them into sexual slavery as part of an ethnic cleansing movement, the Amnesty International report says. The Yezidis are a Kurdish ethnoreligious minority group that has been historically oppressed by Sunni extremists.

Once captive, many of the women are forced to convert to Islam and subjected to rape and other forms of sexual abuse. “Many of those held as sexual slaves are children — girls aged 14, 15 or even younger,” said Donatella Rovera, Amnesty’s senior crisis-response adviser. “[ISIS] fighters are using rape as a weapon in attacks amounting to war crimes and crimes against humanity.”

The report also details how many of the captive women have been driven to suicide by their abuse.

“The physical and psychological toll of the horrifying sexual violence these women have endured is catastrophic,” said Rovera. “Many of them have been tortured and treated as chattel. Even those who have managed to escape remain deeply traumatized.”

ISIS has been mounting an ongoing siege of Yezidi communities in the Mount Sinjar region in northern Iraq, though recent success by Kurdish forces has expelled ISIS fighters from much of the region. During the siege, ISIS came out publicly defending the enslavement of women. 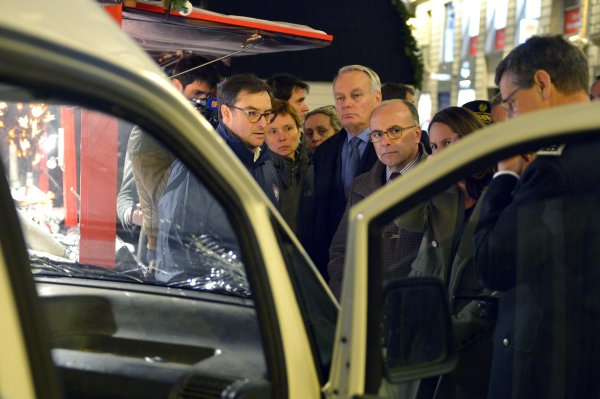 France Hit by Second Car Attack in 3 Days
Next Up: Editor's Pick