What Movie Should You See This Christmas?

It’s an unusually dark Christmas at the movies.

The story of Chris Kyle (played by Bradley Cooper in a physically transformative role) is a familiar one; the sniper’s memoir was a bestseller even before Kyle’s death at a gun range, where he was attempting to rehabilitate a familiar veteran through shooting sports. In life, Kyle was widely known as the most lethal sniper in U.S. military history, with several tours in Iraq. Clint Eastwood’s dramatization of the Kyle story emphasizes both the high tension of a morally complicated war and the chaos that the traumas of war inflicts on the home front. (Sienna Miller delivers a widely-praised performance as Kyle’s wife Taya.)

Why to see it: Clint Eastwood movies, this year’s Jersey Boys nonwithstanding, are usually interesting and always made with close attention to craft; this should appeal to big families with diverse tastes. Also, the consequences of the Iraq War on the lives of soldiers were overdue for a serious appraisal after a string of iffy films in the mid-2000s. If it makes a cultural impact, this could be our era’s The Deer Hunter.

Amy Adams aims for her sixth Oscar nomination with a role that’s, for lack of a better word, big. Her character, Margaret Keane, feels things very deeply as she comes to terms with her husband’s stealing credit for her distinctive art, then has a sudden change of heart, resulting in a heated court battle. And Adams does it all with a Southern accent! The true story of the Keane paintings is the latest outing for Tim Burton, and a reunion with the screenwriters of Ed Wood, a classic about making bad art.

Why to see it: Big Eyes isn’t Ed Wood, but it has plenty of fun, camp moments, as when Lana Del Rey vocalizes Lana Del Rey-ishly over Adams emoting like she’s still upset she lost an Oscar to Cate Blanchett. She also confesses the secret of her art’s authorship to a DJ in a Hawaiian shirt named Big Lolo. This movie has things to say about the art world, but if it works for you, it’s because of the broad moments.

Mark Wahlberg remakes the James Toback drama about an English professor whose life is thrown into chaos by his love of risk. He’s joined by Jessica Lange, John Goodman, and emerging star Brie Larson.

Why to see it: Wahlberg, Goodman, Lange, and Larson have four fairly different fanbases, so there’s something for everyone to cling onto (even if critics have noted that the female roles are under-written). But the spectacle of Wahlberg, a very good actor when he’s playing someone who erroneously thinks he’s smart, taking on the role of an English professor may be enough fun to win over even the haters.

Stephen Sondheim’s signature work gets gussied up for the screen by Rob Marshall, the director of Chicago, and Walt Disney Pictures — though there was not-insubstantial controversy over whether or not Disney would softpedal the musical’s harder stuff.

Why to see it: If you have kids who are just too old for Annie but too young for American Sniper, this is the pick: By all accounts, Disney did downplay some of the musical’s more adult aspects. But the wit of Sondheim, as well as a talented cast ranging from Meryl Streep to Anna Kendrick to Emily Blunt, can ensure that adults in tow aren’t bored.

Director Ava DuVernay’s look at Martin Luther King Jr.’s voting rights marches through Alabama in 1965 is anything but a history lesson. Through an impeccable central performance by David Oyelowo and fluid depiction of debates about protest tactics among King’s allies, the Selma marches seem as vivid as the news.

Why to see it: Selma is alone among end-of-year movie releases as a true frontrunner at the Oscars (it’s been nominated, as have DuVernay and Oyelowo, for Golden Globes). And, aside from that, it’s a legitimately great depiction of how social change happens, one that’s a natural way in to conversations about ongoing protests across America.

Marion Cotillard turns in another heartbreaker of a performance as a worker terminated by her employer, but offered a chance to earn her job back by convincing her coworkers to sacrifice their bonuses. The Dardenne brothers have been excelling at small dramas of social significance for years; Oscar-winner Cotillard’s involvement may make this their breakthrough film in the U.S.

Why to see it: Cotillard is at the very top of her game: She’s better here than she was in La Vie en Rose. But even if that means nothing to you, Two Days, One Night is a movie that slowly builds in intensity and power, on the way to a truly surprising and emotional ending. Even folks who avoid foreign films, as a rule, will be carried along.

Angelina Jolie’s depiction of the life of Louis Zamperini — Olympic athlete-turned-prisoner of war in the Pacific — provides moral uplift by the bucketful. Young British actor Jack O’Connell is very good as a victim of ongoing and seemingly endless torture at the hands of the Japanese, and the story’s ending, as publicized in the mega-best-selling book by Laura Hillenbrand, is about as far from the darkness of most of the movie season’s offerings as one can get.

Why to see it: Jolie must have picked up something from Clint Eastwood on the set of Changeling; this is a handsome-looking, well-made, unobjectionable movie. There’s something for Grandma and the kids both, though very little irony. But irony is hardly, after all, what Christmas is about! 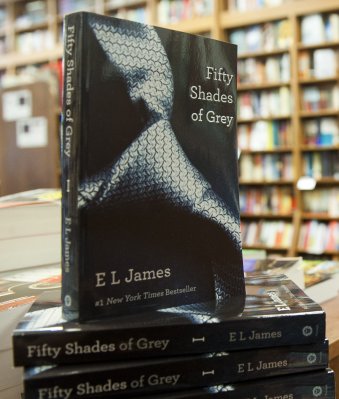 50 Shades of Grey to Debut at Berlin Film Festival
Next Up: Editor's Pick