This Is How NASA Fixed a Telescope Currently in Orbit

Just a glimpse: 13,000 light years away and 8 billion years old, this patch of the Milky Way represents merely 0.2% of Kepler's original field of vision
NASA
By Michael D. Lemonick

In one sense, the fact that the Kepler space telescope found a new planet last week is pretty unremarkable news. The probe has discovered nearly a thousand exoplanets orbiting stars beyond the Sun since its launch in 2009, and it has another three thousand or so planet candidates waiting for confirmation. At this point, “Kepler Finds Planet” is starting to sound a little like “Dog Bites Man.”

It’s a big deal nevertheless. Back in 2013, Kepler blew out one of the reaction wheels that allows it to focus precisely on its target stars, looking for the silhouette of a planet passing by. It had already lost one wheel, and with just two remaining, the craft couldn’t do its job. “Unfortunately,” said John Grunsfeld, the scientist-astronaut who helped refurbish the Hubble Space Telescope during a 2009 spacewalk, at a NASA press conference just after the Kepler breakdown, “Kepler is not in a place where I can go up and repair it.”

But it turns out he didn’t need to. Thanks to some seriously outside-the-box thinking by a team of scientists and engineers, Kepler has come back to life, its pointing now stabilized by radiation pressure from the Sun, of all things. “It’s working marvelously,” enthuses Kepler Project Manager Charles Sobeck.

The effort to save Kepler began even before that crucial reaction wheel burned out. When the first one failed back in 2012, says project scientist Steve Howell, “we started looking very seriously at the wheel data, and noticed some anomalies.” The reaction wheel that had quit showed a history of excessive friction leading up to the failure. Hoping to head off more problems, the Kepler team and the engineers at Ball Aerospace who built the probe did some detective work on the remaining wheels. “We noticed that another one was showing the same anomalies,” he says, “so we began thinking of what we could do when that one failed.”

But thinking of answers doesn’t mean they actually had one, so when that second wheel did fail, says Howell, “we went into panic mode.” For his part, says Sobeck, “I doubted there was a solution. I thought we’d try to get the wheel working again and then call it quits.”

A Ball Aerospace engineer named Doug Wiemer, however, had already been working on a similar problem for a Navy satellite whose wheels had gone bad and believed he had an answer for Kepler: if radiation pressure from the sun impinged equally on the telescope’s solar panels, that would stabilize it on its roll axis, so the remaining wheels could handle pitch and yaw. The idea worked. “We’ve been operating this way for six or eight months,” says Howell, “and the telescope has been pointing remarkably well.” The aim isn’t quite as precise as it used to be, but, says Howell, “almost.”

The downside: since Kepler has to present its solar panels toward the Sun at all times, the telescope always points more or less directly away from the center of the solar system. In its original mission, Kepler focused on a single patch of sky all the time to let it monitor the same stars continuously for years on end. This required it to shift its gaze constantly as it moved through its orbit in order to keep the target field in its cross hairs. Now its field of view sweeps a band across the entire sky: at most it can monitor a given star for 80 days. That makes it hard to discover a planet with an orbit as long as a year, since it might not pass in front of its star at all during the available window.

But there’s an upside as well. Kepler is now doing observations during the “K2” phase of the mission that it didn’t have time for before—looking for everything from pulsations in white dwarf stars to giant black holes and supernovas in distant galaxies.

As for the new planet, which is known as HIP 116454b, it’s actually pretty interesting. It’s a so-called Super Earth, about 2.5 times as big as our home planet, orbiting a small, reddish star. The star is much cooler than the Sun, but the planet’s nine-day orbit brings it so close that temperatures are nevertheless too hot for life.

At just 180 light-years from Earth, however, the planet is close enough to make it a prime candidate for intense followup. “HIP 116454b will be a top target for telescopes on the ground and in space,” said Harvard astronomer John Johnson, co-author of a paper to appear in the Astrophysical Journal, in a statement.

And it’s not likely to be the last planet Kepler finds. The mission was shot down four times by NASA before it was finally given the go-ahead. Now, it appears, the satellite has survived yet another near-death experience. 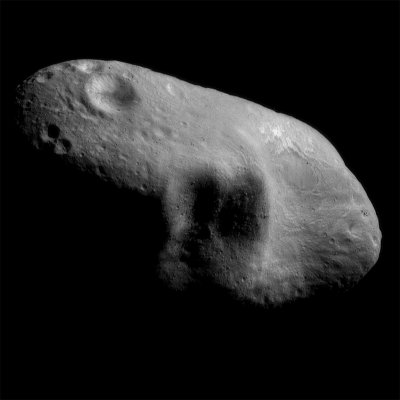 Astronaut: The Age of Asteroids? Boooooring…
Next Up: Editor's Pick