Russell Crowe and Hugh Jackman, move over. Another actor Down Under also wants to be a musician. And when he’s this endearingly strange about it, we’re not complaining.

Pearce’s fluttery, high voice has hints of Jeff Buckley and Radiohead’s Tom Yorke, and the mercurial 47-year-old Australian, last seen in Iron Man 3, wrote and produced the record himself.

Apparently, Pearce has been making music since 1987 but has held off on releasing anything until now.

“Every time I did an interview in the late ’80s and early ’90s and mentioned I made music the journalist would roll their eyes and go, ‘Not another f—— actor who’s going to release a single,’ ” Pearce told Australia’s News Corp.

Pearce’s new single, “Fly All the Way,” is a step in a new direction, at least in terms of its video. The song itself is a kind of glammy, sort-of grungy rock track, but the video (directed by Tim White) seems to be some kind of indictment of infomercial culture, or capitalism, or celebrity endorsements or … something.

It’s not exactly clear, but Pearce wears a variety of costumes and imitates Steve Jobs, Billy Mays and a variety of other TV pitchmen and businessmen. It also gets somewhat NSFW by the end.

And while it’s no “Respect Yourself,” we’ll take it.

This article was originally published on People.com 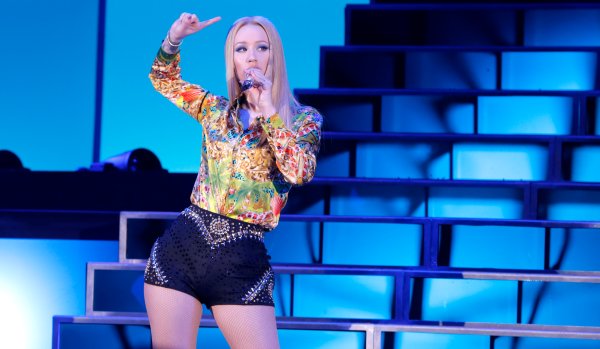