An ambitious television project with Oscar-nominated stars, name-brand creators and original music from Timbaland doesn’t sound risky–but if the project is Empire, it is. Empire features child abuse, anti-gay slurs and sympathetic drug deals. And that’s just in the first episode, premiering Jan. 7 on Fox.

That may seem daring for a network planning to air the show after American Idol, but it’s less so for creators Lee Daniels and Danny Strong, the director and writer of 2013’s The Butler. (Strong also wrote the latest Hunger Games movie.) Daniels is best known for gritty films like Precious. Empire–a take on King Lear starring Terrence Howard as a record mogul deciding which of his sons will get the business, with Taraji P. Henson as his ex-wife–brings that grittiness to TV.

What’s surprising is the fact that Daniels and Strong did not take the show to a film studio or cable network. Broadcast TV comes with limits, including lots of input from lots of people. Early on, after getting notes on the pilot, Daniels tweeted, with emoticons, that he needed a martini. “It was all so new to me,” he says. “I’d never worked even for a studio before.”

On a recent afternoon in his New York City loft, he explains the decision. His kids were watching Glee when the jones struck to do a musical. He told Strong, who later heard a story about Puff Daddy and thought about how Shakespearean the hip-hop drama sounded. Daniels wanted “a black Glee,” and here was his chance. “This is sort of that,” he says, “without the g”–i.e., Lee.

Empire may have a writer’s room and many directors, but it’s undeniably Daniels’ show. Each character has an analogue in his life, and some moments are lifted from it directly. (A bracing scene from the pilot, in which Howard’s character lashes out at his young son, matches a traumatic moment from Daniels’ childhood.) The show also fulfills one of his larger missions: to create unconventional roles for actors of color and be inclusive about sexuality. “You rarely see black men in America–true black men,” says Howard. “Oftentimes, he has to take some of the bass out of his voice or shorten one of his vertebrae. He still has to answer as dependent on someone else for something else.”

Howard’s character is powerful enough to be an exception. Which is another good reason for Empire to go prime time: that man deserves the widest audience possible. 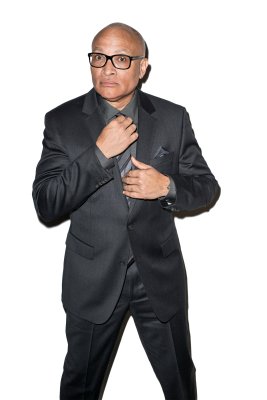