These are the winters of our discontent. In 2014 much of the eastern half of the U.S. was gripped by cold so extreme that 91% of the Great Lakes was frozen by the beginning of March, the second largest extent of ice in more than 40 years. Throughout the contiguous U.S., average temperatures for the winter were 1°F below the 20th century average. Yet the West was comparatively hot, and California had its warmest winter on record. This isn’t global warming, exactly. It’s global weirding.

Chances are there will be more of the same this winter. Most of the Midwest and the East have already endured a polar blast in November thanks to a so-called Omega block, a pattern of stationary air pressure that froze cold weather in place. A forecast model developed by Judah Cohen, a climatologist at the firm Atmospheric & Environmental Research, predicts a winter much like the last, with colder-than-average temperatures east of the Rockies and unusually warm weather up the West and into Alaska.

Cold winters paired with increasingly warm years may become the norm, at least for a while. But far from disproving climate change, cold winters may actually be driven by it–though scientists disagree on how.

Jennifer Francis, a climatologist at Rutgers University, puts some of the blame on a phenomenon called Arctic amplification. The far north has warmed more than twice as fast as the rest of the globe on average, in part because as Arctic Sea ice melts, white snow cover, which reflects sunlight, is replaced by dark open ocean, which absorbs heat. That could be allowing cold polar air to pour farther south than usual. Other scientists hypothesize that more frequent La Niña effects–periods of sustained cooling of the surface water of the eastern tropical Pacific–may be driving the wild winters.

But while studies predict that the heightened chance of icy winters may persist over the next few decades, beyond that rising temperatures will eventually overwhelm those cold bursts, and global warming will win out as advertised. 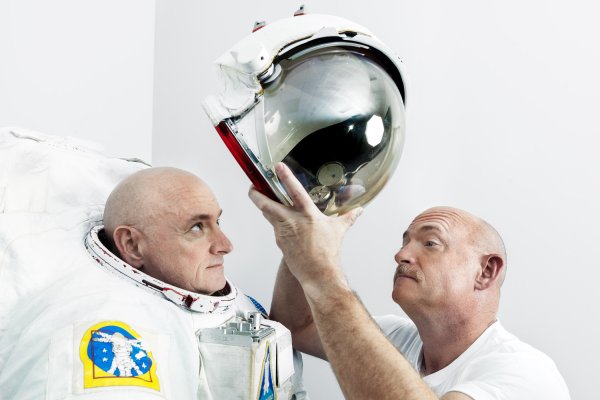 Meet the Twins Unlocking the Secrets of Space
Next Up: Editor's Pick