Hacker group Anonymous is threatening to release stills from a purported sex tape involving rapper Iggy Azalea unless she apologizes for a Twitter battle with fellow rapper Azealia Banks.

Threatening messages posted on a Twitter account associated with the hacker group set a 48-hour deadline for the “Fancy” singer to apologize for “misappropriating black culture, insulting peaceful protesters, and making light of Eric Garner’s death,” E! Online reports. The group also tells Azalea to apologize to Banks, with whom she has been sparring over the appropriate response to the killings of two black men by police officers.

“There’s an X rated tape of you, we bet you’d certainly don’t want public, are we right? @IGGYAZALEA….and this is nothing,” read one of the tweets. “Comply or else.”

Banks and Azalea’s initial feud was over Banks’ outrage at what she saw as Azalea’s failure to react publicly to the cop killings of Michael Brown and Eric Garner. It later evolved into a confrontation about rap and race.

Anonymous said it would not release the actual alleged video, because the group has “values,” but will make public stills of Azalea’s face that prove it has a tape. Azalea has said no such video exists.

READ NEXT Why Your Passwords Are Easy To Hack 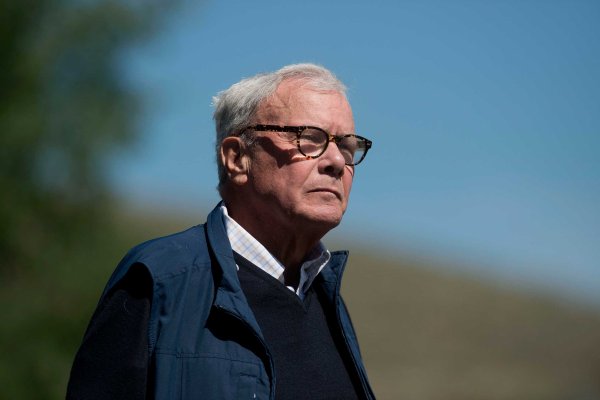 Tom Brokaw Says His Cancer Is in Remission
Next Up: Editor's Pick