The dome-type Advanced Power Reactor 1400 reactors at the Kori nuclear power plant in Ulsan, South Korea, on Feb. 5, 2013
Kyodo/AP
By Per Liljas

South Korea’s sole nuclear operator will conduct a series of large-scale security drills at four of its power plants after threats of a cyberattack.

Hackers have posted a series of blueprints of plant equipment owned by Korea Hydro and Nuclear Power Co. (KHNP) since Dec. 15 and made a threat that unless three reactors were closed by Christmas, people should “stay away from them,” the BBC reports.

KHNP says that the leaked data does not undermine the safety of their reactors, since the information does not relate to core technologies, but they will hold drills testing their ability to withstand a cyberattack on Monday and Tuesday.

Authorities say that they’ve launched an investigation into the hack.

In a post on social media on Friday, the hacker used an account named “president of the antinuclear reactor group.” It is unknown if the attack has any connection to the hack on Sony Pictures last month. 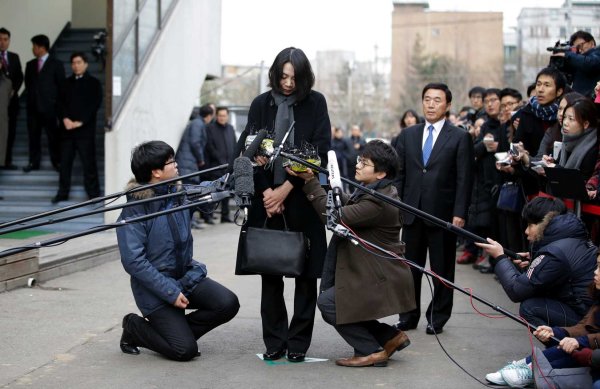