Hundreds of Muslims are trapped in enclaves in atrocious conditions in the Central African Republic, fearing attacks if they leave and blocked from fleeing abroad by the interim government, reports Human Rights Watch (HRW).

“Those trapped in some of the enclaves face a grim choice: leave and face possible attack from anti-balaka fighters, or stay and die from hunger and disease,” said Lewis Mudge, Africa researcher at HRW. “The government’s policy of no evacuations is absolutely indefensible.”

HRW also deplore U.N. peacekeepers for alleged complicity in hindering Muslims to seek safety. Camp leaders in the western Muslim enclaves of Yaloké, Carnot and Boda told researchers earlier this month that an estimated 1,750 people, many of them ethnic Peuhl herders, are desperate to flee.

Most of the Muslims in the west of the country escaped brutal attacks by Christian and animist anti-balaka militants between late 2013 and early 2014. More than 5,000 people were killed between December 2013 and September this year, the Associated Press reports. 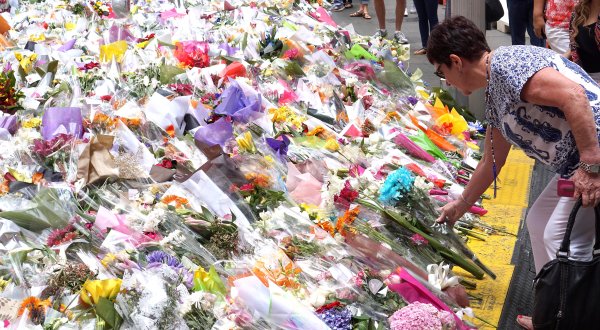 Bail Revoked for Partner of Sydney Gunman
Next Up: Editor's Pick