Howard Safir: Anti-Police Rhetoric Unlike Anything I've Seen in 45 Years

A man leaves flowers at an impromptu memorial near the site where two police officers were killed the day before in the Brooklyn borough of New York City on Dec. 21, 2014.
Seth Wenig—AP
Ideas
By Howard Safir
Howard Safir is the former commissioner of the New York City Police Department (1996-2000) and Chairman and CEO of Vigilant Resources International (VRI).

The national dialogue on proper and effective policing has been totally distorted. Activists purporting to represent the majority of the black community have been bolstered by a 24 hour news cycle that gives them unwarranted credibility. I do not believe for one minute that Al Sharpton represents the feelings of most hardworking, law abiding black American families. I know through dozens of community meetings during my time as NYC Police Commissioner that what the black community wants most is what we all want—a safe environment in which to live their lives.

There are 18,000 police departments in the United States. They interact millions of times with the public, and make hundreds of thousands of arrests. Very few result in a suspect’s death or injury. We do not have police forces out of control as the media and the Sharptons of the world would have us believe. Does that mean that there are not serious incidents of police abuse or misjudgment? Of course there are. When they take place we should investigate them thoroughly and prosecute and punish those who committed the wrong doing. We should not burn down buildings and murder police officers.

When Ismaaiyl Abdulah Brinsley brutally executed Officers Ramos and Liu he did so in an atmosphere of permissiveness and anti-police rhetoric unlike any that I have seen in 45 years in law enforcement. The rhetoric this time is not from the usual suspects, but from the Mayor of New York City, the Attorney General of the United States, and even the President. It emboldens criminals and sends a message that every encounter a black person has with a police officer is one to be feared. Nothing could be further from the truth. We will never know what was in the mind of Brinsley when he shot officers Ramos and Liu. However we do know that he has seen nothing but police bashing from some of the highest officials in the land.

We should all be concerned about the reaction our police officers will have. I have seen times when police bashing has resulted in officers doing the minimum necessary to complete their tours and go home safely to their families.

Those were the times when murders in New York were over 2,000, cars had “No Radio” signs in surrender to rampant auto theft, and gangs controlled the streets. I know this can happen again in spite of the sacrifice of hundreds of police officers who have given their lives while reducing violent crime across this country to historic lows.

I have given the eulogy at the funerals of too many police officers, most killed in the line of duty defending our citizens during the commission of a crime. When our officers go in harm’s way they need to know that they have the support of their leaders at all levels of government. The President should declare a national day of Support for Police. He should send a clear message to all criminals that he appreciates the willingness of officers like Rafael Ramos and Wenjian Liu to sacrifice their lives, and that their lives have meaning. Perhaps their families should be present at the next State of the Union.

Howard Safir is the former commissioner of the New York City Police Department (1996-2000) and Chairman and CEO of Vigilant Resources International (VRI). 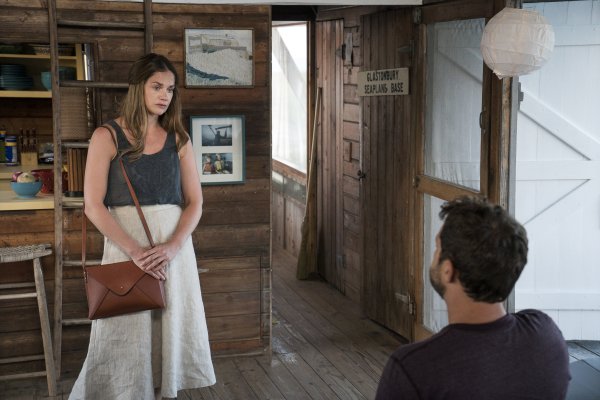 'The Affair' Is the Sound of Puppies Drowning—and We Can't Stop Listening
Next Up: Editor's Pick