A U.S. military guard on the grounds of the now closed Camp X-Ray in Guantanamo Bay, Cuba, Aug. 22 2013.
Johannes Schmitt-Tegge—EPA
By Dan Kedmey

Four Guantánamo prisoners were transferred to Afghan authorities, the Pentagon said Saturday, as part of a continuing push by the Obama administration to close the contentious prison.

The detainees boarded a U.S. military plane and were flown to Kabul overnight, ending a decade of detention at the prison for suspected involvement in Taliban-affiliated militias, Reuters reports.

“Most if not all of these accusations have been discarded and each of these individuals at worst could be described as low-level, if even that,” an unnamed senior official told Reuters.

The transfer marks the first repatriation of prisoners to Afghanistan since 2009. 132 detainees are still being held at the Guantánamo complex, which President Barack Obama vowed to shut down early in his presidency–a promise he has struggled to carry through amid legal obstacles and stiff resistance from Congress. 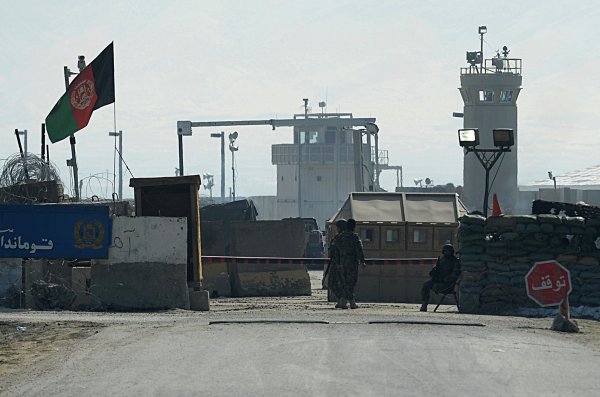