George Clooney on Sony Hack: We Have a Responsibility to Stand Up Against This

In an interview with Deadline, George Clooney shared his feelings on the Sony hack and the studio’s subsequent cancelation of The Interview‘s release, revealing that he circulated a petition urging others in Hollywood to stand by the studio.

Clooney said the petition “was sent to basically the heads of every place,” adding, that “nobody signed” it. The letter, the full extent of which is available at Deadline, states: “This is not just an attack on Sony. It involves every studio, every network, every business and every individual in this country. That is why we fully support Sony’s decision not to submit to these hackers’ demands. We know that to give in to these criminals now will open the door for any group that would threaten freedom of expression, privacy and personal liberty. We hope these hackers are brought to justice but until they are, we will not stand in fear. We will stand together.”

In the interview, Clooney argued that “we have a responsibility to stand up against this.” He added: “That’s not just Sony, but all of us, including my good friends in the press who have the responsibility to be asking themselves: What was important? What was the important story to be covering here? The hacking is terrible because of the damage they did to all those people. Their medical records, that is a horrible thing, their Social Security numbers. Then, to turn around and threaten to blow people up and kill people, and just by that threat alone we change what we do for a living, that’s the actual definition of terrorism.” 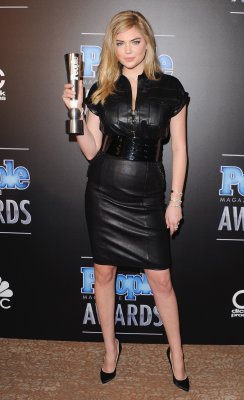