Why the U.S.-Cuba Thaw Doesn't Mean Guantanamo Bay Is Closing

Like Sherlock Holmes’ dog that didn’t bark, the absence of debate over the fate of the U.S. base at Cuba’s Guantanamo Bay since President Barack Obama announced resumed ties between the two nations on Wednesday is striking.

For several reasons, nothing is likely to change, at least not in the near future, even as the U.S. restores its embassy in Havana and Obama nominates an ambassador to occupy it (although some lawmakers plan to oppose the envoy’s confirmation). Obama Administration officials have said reopening of relations between the two nations doesn’t affect the base.

For more than a decade, the 111-year old base—and the more than 130 detainees kept there for their suspected roles in the 9/11 and other terror attacks—have been a white-hot issue among human-rights advocates. Six years ago, Obama signed an order shortly after he was sworn in as President requiring the prison be shut down within a year.

That obviously didn’t happen, for legal, political and diplomatic reasons. There have been calls to shutter the prison and conduct trials of the accused on U.S. soil, something Congress has forbidden. It also has been challenging for the U.S. to find other nations willing to take the detainees.

But even if the prison and the detainees it now holds vanished overnight, it’s doubtful the U.S. would relinquish the base, U.S. military officials say. Cuba has wanted it back since Fidel Castro came to power more than 50 years ago. The U.S. signed a deal in 1903 with the Cuban government—after ousting the Spanish from Cuba in the Spanish-American War—allowing the U.S. to construct a base at Guantanamo Bay in exchange for an annual payment, in gold, now worth about $4,000 (the Cuban government refuses the payment).

Some defense experts, like former Pentagon official Lawrence Korb, think it’s time for the U.S. to abandon Guantanamo and the bad memories it holds. “We should turn Guantanamo back to Cuba in a reasonable period of time,” says Korb, now at the Center for American Progress. “That base is not that critical now, given what’s happening in the world, and Gitmo has caused real difficulties for our global reputation.”

But the U.S. military disagrees, and is unlikely to want to surrender such real estate, perched near the southeast corner of the island. It is seen as especially valuable since the U.S. gave up its Navy base at the Roosevelt Roads, Puerto Rico, a decade ago.

The prior chief of U.S. Southern Command, which overseas Latin America and the Caribbean, made that clear. “Absent a detention facility and even following the eventual demise of the Castro regime,” Air Force General Douglas Fraser told Congress in March 2012, “the strategic capability provided by U.S. Naval Station Guantanamo remains essential for executing national priorities throughout the Caribbean, Latin America and South America.”

With language like that, it’s a safe bet that the U.S. military won’t be lowering its flag over Guantanamo any time soon. 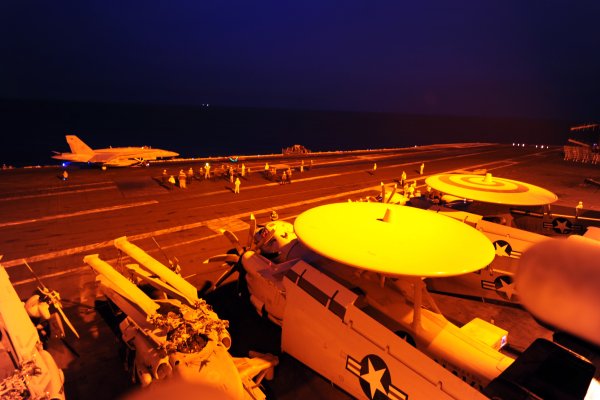