The Wall Between the U.S. and Cuba Has Yet to Fall

A Cuban man reads the Granma, a Cuban communist party paper, as he has his shoes shined, shortly after a live broadcast a speech by Cuban President Raul Castro about the re-establishment of official diplomatic relations with the U.S., on December 17, 2014, in Havana, Cuba.
Sven Creutzmann/Mambo Photo—Getty Images
Ideas
By Armando Correa
Armando Correa is managing editor of People en Español.

I always like to look on the positive side of things.

On Wednesday, December 17th—the day Cubans venerate Saint Lazarus—when I received news from the White House of the upcoming announcement that the U.S. and Cuba would be restoring diplomatic relations, my mind went blank. I couldn’t call anyone. I couldn’t tell anyone because the announcement was “embargoed”—maybe more like “blocked” than embargoed—until President Barack Obama made it official with an address to the nation and the world at noon.

Was this a historic event? Yes. Will it change the course of history? That remains to be seen. I waited 24 hours before writing this blog because I wanted to keep my emotions in check and take in its impact.

What is clear in my mind, after the initial emotional blow, is that it’s time to shake off the political inertia that we found ourselves in. And I say “we” speaking as a U.S. citizen because, while I’m Cuban, I have lived as an exile in this country since 1991; I’m a U.S. citizen and have exercised my right to vote in all the elections in which I’ve been allowed to in this country.

The Cuban embargo is a fantasy, a double moral standard that the majority of exiled Cubans and businessmen experience because, as many of you know, whoever wants to travel to Cuba travels there, whoever wants to do business with Cuba does so. So it’s time for the masks to come off.

On January 3, 1961, the U.S. broke diplomatic relations with Cuba, two years after Fidel Castro took power by force. From that day on, there have been attempts to build a wall—the Torricelli law, Helms-Burton Act, etc.—to isolate a tyrannical government and its people until democracy is restored in the Caribbean’s largest island that is, if some of you don’t know it, only 90 miles from Florida.

The reality is that what we’ve done (and I continue to include myself here as “we”) by building this wall is to isolate, yes, but also to strengthen the Castros. Fidelismo was done with in 2008 when the “king” ceded his throne to his heir, his brother Raul Castro (I love that Cuban writer Zoe Valdes calls him Castro II). But as you can see, Castroism is still around.

Who really thinks that the embargo diminishes the Castro’s fortune? Neither the so-called Special Period nor any of the huge crises that Cuba has gone through have affected the Castro family or any of their courtiers.

It’s about time Cuba opens up to the world, that Cubans have access to information, that the wall falls. A first step has been taken by reestablishing diplomatic relationships. The first who will benefit will be Cuban families.

That Pope Francis was able to sit down (or connect through a phone call) the most atheist of leaders (at least publicly so) on the planet with his most powerful enemy is a sign of surrender by the Castros.

Castro II’s propaganda gibberish against the empire is toast. I don’t know what trenches he will try to dig in the middle of Havana now to protect the people against imperialist attacks when the imperialists will now live among them, in an embassy, as it ought to be.

Instead of spending energy protesting against President Obama’s measures, the organizations that make up the so-called Cuban Historic Exile should create a strategy to benefit from this change. It’s about time that Cuban exiles have a presence on the island. It’s about time that dissidents there officially demand to be heard.

In all the diatribes I’ve read against and in favor of the calamitous measures announced by Obama and Castro II, the most intelligent has been Zoe Valdes’ at the end of her blog: “It’s time for dissidents to act, this is the moment to take Raul Castro and Obama at their word. It’s the moment to present political projects so that the differences in thinking, in opinions and languages can be recognized inside of Cuba.”

The wall has yet to fall. There is still no democracy in Cuba. D-Day has yet to arrive, so there’s no reason to celebrate on La Rampa in Havana or on Calle Ocho in Miami. I would like to think that day is just around the corner. 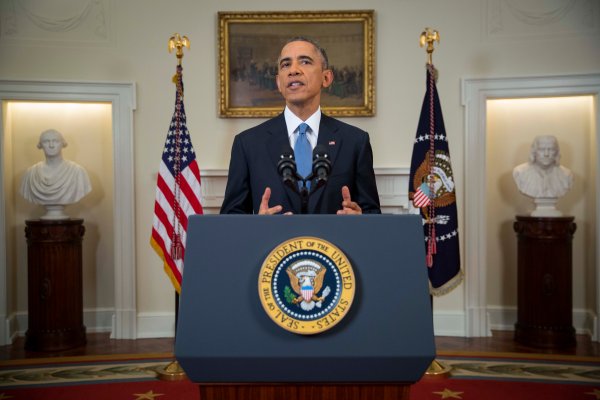 Obama Just Handed the Castro Regime a New Lease on Life
Next Up: Editor's Pick