What the Waves Did to Aceh

Fishermen at work on a beach outside Banda Aceh, Indonesia, on Nov. 17, 2014
Per Liljas
By Per Liljas / Banda Aceh

A few minutes after the catastrophic Indian Ocean earthquake of Dec. 26, 2004, two massive explosions tore through Lampuuk, a small seaside village in the Indonesian province of Aceh.

“I thought they must be crazy,” says Lampuuk resident Sofyan. “The guerrillas and the military are bombing each other — even at a time like this?”

It wasn’t as though you could blame him. Acehnese separatists had been battling the Indonesian army for almost three decades. (For much of the 20th century, they had been fighting the Dutch.) This time, though, the noise didn’t come from artillery. It came from a 20-m-high tsunami wave crashing into the beach — and as the deluge devoured the province, it brought more devastation than all of its previous conflicts combined. At least 130,000 Acehnese perished, and 1 in every 9 lost their homes, in what became known as the Asian tsunami.

But the destruction also trained the world’s eyes on a region previously little known outside of Southeast Asia, and pushed Indonesia and the Free Aceh Movement (known by its Indonesian initials of GAM) into reaching a peace deal in September 2005, granting Aceh considerable autonomy.

In the decade since, Aceh has been hailed as an international model both for disaster reconstruction and for peacemaking. The wide, clean and safe streets in the provincial capital, Banda Aceh, are the envy for many other Indonesian cities. The provincial government has introduced a popular social-safety net and the Philippine government has taken a leaf from Aceh’s book in its negotiations with the Moro Islamic Liberation Front in the Philippine archipelago’s restive south.

That’s not to say that there haven’t been issues with the transition. Jakarta has been painfully slow on delivering some of the promises enshrined in the agreement. For instance, the Acehnese still don’t control their own fossil-fuel reserves and they can’t use their own flag.

“It’s almost been nine years,” Aceh’s Governor Zaini Abdullah tells TIME. “People wait and wait and wait. When will it happen? This is the big question of all the Acehnese people.”

Another issue is the province’s spiritual identity. Located on the westernmost tip of Sumatra, Aceh was among the first Southeast Asian regions to be Islamized, and has long been known for its devoutness. In recent years, however, a conservative brand of Islam has found its way into politics, restricting dress and the mixing of genders, and enforcing religious observance in general, with harsh punishments like flogging.

“There’s been a fundamental change in what it means to be Muslim in Aceh today,” says Damien Kingsbury, professor of Southeast Asian politics and security at Deakin University in Australia. “The interpretation of Shari‘a that is increasingly being adopted is Hanbali, the most conservative one that is dominating in the Middle East.”

Romy Syahputera plays the ukulele and sings together with his punk-rock friends at the beach of Ulee Lheue in Aceh province, Indonesia, on Nov. 18, 2014.
Per Liljas

Romy Syahputera and his friends know all about that. The four young men walk along the Ulee Lheue beachfront in Banda Aceh, singing old Acehnese resistance songs to the accompaniment of a ukulele and a homemade drum. People sit in plastic chairs along the pavement, buying barbecued corn and chicken satay from curbside stalls and enjoying the sunset. Romy’s friend collects money from the crowd in a bag that once held chips. A few passersby look dubiously at the group’s torn jeans, unkempt hair, tattoos and earrings. Romy keeps a lookout for the Shari‘a police.

Two years ago, a group of their punk-rock friends had their mohawks shaved and were put through a military-style re-education camp.

“Society treats us like garbage, they think we’re bad because of the way we look,” he says. “People are such hypocrites: they cover their hair and look very Islamic, but behind closed doors they break the Shari‘a laws too.”

Patrols by the religious police are notably less frequent in the capital, and most offenders are let off with a reprimand. Syahrizal Abbas, head of the province’s Shari‘a agency, stresses that Aceh is pursuing a softer form of the Islamic law, and that foreign investors should not be discouraged.

“This is not Saudi Arabia or Nigeria,” he tells TIME.

However, repeat offenders and those committing what are considered to be grave violations, such as drinking and gambling, are publicly caned. Amnesty International reports that at least 156 people were punished in this way between 2010 and 2013. Azriana, director at Woman Volunteer Team for Humanity in Banda Aceh, says that the laws have been particularly oppressive for women — with, for example, local bans on wearing pants, or being seated astride a motorbike or moped, which are the most common forms of transport.

“Women have always played an important role in society,” she says, mentioning Aceh’s ruling queens and freedom fighters, some of whom are now regarded as Indonesian independence heroes. “But today, women are mainly viewed as upholders of morality. It makes people feel justified in chastising women for [any perceived] misbehavior.”

Azriana also sees the law being selectively applied, or used as excuse to mete out violence to women. In May, a group of men raped a married woman who was found having an affair. At the same time, high officials that have committed adultery have not been prosecuted.

“I don’t have a problem with these laws if they’re transparent and fair,” she says. “As it is now, Shari‘a has turned into a convenient political tool to cover up bigger problems like corruption.”

Part of Aceh’s struggle has always been to rule its territory in accordance with its long-held religious values. For centuries, it was a powerful Islamic sultanate that held sway over much of the Malacca Strait. When Indonesia gained independence, the province rose up against President Sukarno after he did an about-face regarding Acehnese religious self-determination. At the same time, the imposition of hard-line Shari‘a law was never a goal for GAM at the beginning of the millennium — and yet that was what Jakarta granted in 2001.

“After President Suharto fell, ramping up Shari‘a laws was Jakarta’s strategy to undermine the insurgency,” says Edward Aspinall, professor in Southeast Asian studies at Australian National University. “Some Acehnese were enthusiastically swept up in it, others rather reluctantly.”

After autonomy, the rebel leadership transformed into a political elite, and which promptly split into factions, competing for power. In that struggle, the tsunami was cited by hard-liners as proof of the justness of their cause, with images of the Lampuuk mosque — a lone building standing in a sea of debris — becoming an affirmation that the disaster was Allah’s punishment, and that the population needed to repent. The previous Aceh administration tried to dial back the laws, but they lost power in 2012 to Zaini’s Partai Aceh (Aceh Party), which has since moved toward a stricter enforcement, claiming jurisdiction over non-Muslims and imposing harsher sanctions for homosexuality, adultery and alcohol consumption, the latter punishable by 40 strokes of the cane.

“It’s become nearly impossible to claim devoutness without subscribing to this conservative interpretation of Shari‘a,” says Kingsbury. “It’s a win-win situation for Partai Aceh, since they know that the stricter implementation will not only win them votes, but those who argue against them risk losing credibility.”

Some feel that the laws hamper further development in Aceh in the form of foreign investment and tourism. Joel Fitri runs the only guesthouse on Lampuuk beach, scene of so much devastation a decade ago. A gentle surf breaks against a limestone outcrop, and smells of pizza waft from his wood-fired oven. The number of domestic tourists has steadily increased in recent years, but Fitri says that foreigners only come reluctantly.

“People outside only see the media reports of conflict and Shari‘a punishment, and they are afraid to come,” he says. “This is paradise, but the government don’t want to invest on promotion. Some people are afraid that tourists will bring sex and drugs — for them Shari‘a is good politics. But for me, politics and religion shouldn’t mix.”

Conservative religion is far from the only challenge Aceh is grappling with. The powerful guerrilla network that is still in place also constitutes a hindrance.

“The bigger problem for the big money, like mining, is a general problem of security,” says Aspinall. “There are still issues in the rural areas of potential extortion by former combatants.”

Kingsbury points out that the newfound civilian power among the leading cadres has also led to a system of patronage and corruption that makes Aceh more like other Indonesian provinces.

“This development is to be expected of a postindependence movement,” he says, citing the far-reaching alliances made between the new political elite and Jakarta as a factor in its emergence. “Aligning themselves with political parties in Jakarta gives them access to logistics, patronage networks and opportunities of support, mainly for their own campaigning,” he says. “It’s surprising, since these are the very same people who have spent three decades saying that Jakarta couldn’t be trusted.”

Aspinall warns: “Bubbling away not far from the surface is still an alternative idea of Aceh’s identity, linking Acehnese to a noble people predating Indonesia, that have been inflicted with a foreign way of life. The potential in the future for Aceh to go back into conflict is very possible.” 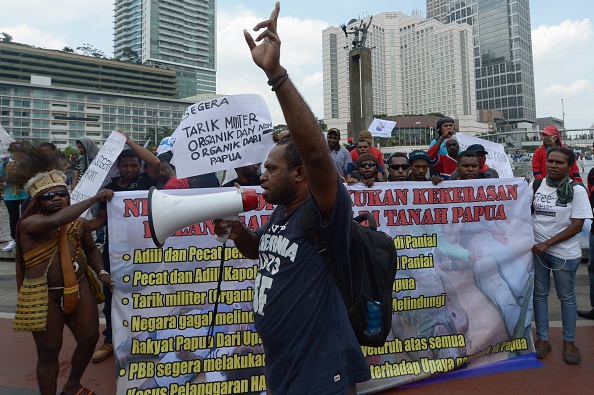 Papua Remains a Killing Field Even Under New Indonesian President Jokowi
Next Up: Editor's Pick