Federal investigators believe a fire that took down an entire apartment complex in downtown Los Angeles last week was set on purpose.

It took 250 firefighters an hour and a half to put out the blaze at the Da Vinci apartment complex after responding to an initial call at 1:09 a.m. on Dec. 10.

Local authorities will likely launch an arson investigation, the Los Angeles Times reports. Authorities say they are searching for two unidentified witnesses who were on the scene at the Da Vinci apartment complex, where the fire took 250 firefighters an hour and a half to put out. A surveillance video caught one man walking down the street near the building before the fire began, and the other was seen on news footage trying to get through a construction fence and move toward the building once the fire was burning.

Investigators said they determined that arson was likely given how quickly the complex burned. The fire consumed half the building before the firefighters arrived, despite the fact that the fire station was just a few hundred yards away, and the damage was estimated to be worth tens of millions of dollars. 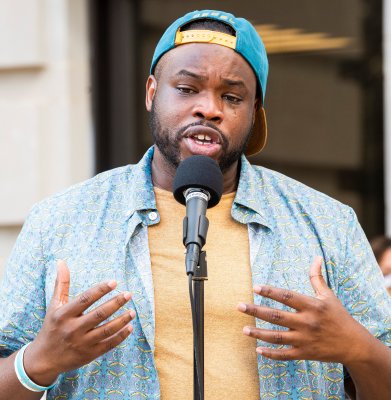