America’s first black female millionaire — and the first woman of any race to become a self-made millionaire — built an empire from nearly nothing in one of the most spectacular rags-to-riches stories in U.S. history.

When Sarah Breedlove was born on this day, Dec. 23, in 1867, to former slaves on a Louisiana cotton plantation, she had already achieved a milestone as the first of her parents’ five children born into freedom. Still, the odds were heavily stacked against her. Orphaned at 7, married at 14, and widowed at 20, she became a single mother earning $1.50 a day as a washerwoman.

And while her 1919 obituary in the New York Times portrays her meteoric rise to business success as something she simply decided to do one day — “One morning while bending over her wash she suddenly realized that there was no prospect on her meager wage of laying away anything for old age,” the obit casually explains — nothing in her life came easily.

Even the idea that launched her career as an entrepreneur arose out of hardship, although it was likely the least of her worries: In the 1890s, she began losing her hair. After developing a tonic she claimed made her hair grow back “faster than it had even fallen out,” she enlisted the help of her third husband, Charles Joseph Walker, a newspaper sales agent, in harnessing the advertising power of black newspapers to promote her “wonderful hair grower” and a line of products that would give kinky hair a “beautiful silky sheen.”

Doing business as Madam C.J. Walker, she displayed an innate acumen few MBAs could rival. Her talent for advertising was matched by her shrewd sales strategy, which employed a fleet of agents in a Mary Kay-style system that quickly built her fortune — and proved highly lucrative to the sales team as well.

“At a time when unskilled white workers earned about $11 a week, Walker’s agents were making $5 to $15 a day, pioneering a system of multilevel marketing that Walker and her associates perfected for the black market,” wrote Harvard professor Henry Louis Gates Jr. in a 1998 story for TIME. “More than any other single businessperson, Walker unveiled the vast economic potential of an African-American economy, even one stifled and suffocating under Jim Crow segregation.”

On her way to the top, Walker burst through several glass ceilings, fighting racism and sexism with competence and confidence.

“I know how to grow hair as well as I know how to grow cotton. I have built my own factory on my own ground,” she once told members of the male-dominated National Negro Business League, who tended to be dismissive of hairdressers, according to Gates.

By the time she died, at 51, it was impossible to dismiss Walker. A generous philanthropist, she donated to scholarship funds, the NAACP, and campaigns to stop lynching. She helped to build a black YMCA in Indianapolis and restore Frederick Douglass’s home in Washington.

And she made a place for herself — literally — among America’s elite entrepreneurs. Her mansion in the tony Westchester village of Irvington was, according to the Times, “one of the show places in the vicinity,” which was saying a lot: The neighborhood was also home to tycoons Jay Gould and John D. Rockefeller. 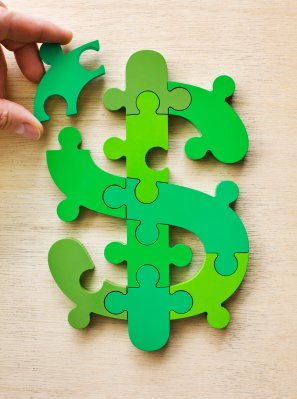 4 Things Millionaires Have in Common, Backed by Research
Next Up: Editor's Pick