The Surprising First Fighters in the War on Christmas

In recent years, conservative pundits have squared off against the assailants they blame for waging war on Christmas: politically-correct liberals and the godless Grinches at the ACLU. But the anti-Christmas spirit has far deeper roots, reaching all the way back to America’s fun-hating settlers, the Puritans.

On Christmas Day in 1659, the nation’s pious progenitors were actively not celebrating the holiday, which was banned in the colonies that year and not legalized again until 1681. Arguing that Christmas had become merely an excuse for caroling and carousing, they turned holiday merry-making into a crime punishable by a five-shilling fine.

Although the Puritans had an ax to grind against all the traditional Christian holidays — since the Bible only specifically sanctioned the Sabbath — they reserved an extra dose of contempt for Christmas, according to Bruce Daniels, the author of Puritans at Play. He writes:

In 1620, their first year in the New World, the Pilgrims spent the holiday working in the fields — a “contemptuous way of showing that Christmas meant nothing,” according to Daniels.

The next year, when some non-Pilgrim sailors found themselves in the Plymouth Colony and attempted a small holiday celebration, they were chastised by Governor William Bradford in a manner that could only be described as puritanical. “Your conscience may not let you work on Christmas,” he said, as Daniels retells it, “but my conscience cannot let you play while everybody else is out working.”

Even after it became legal to celebrate Christmas again, many colonists maintained their hard line against garland-hanging and gift-giving, particularly in Massachusetts, where businesses stayed open and public schools were in session on Christmas Day for nearly two more centuries — until Christmas was declared a federal holiday in 1870.

Outside this Puritan stronghold, however, Christmas cheer began to infiltrate colonial culture. A poem published in the 1765 Virginia Almanac festively announced:

In Philadelphia, Benjamin Franklin summed up the Christmas spirit more succinctly for the 1739 edition of Poor Richard’s Almanac: “O blessed Season! Lov’d by Saints and Sinners/ For long Devotions, or for longer Dinners.”

Read more on Time.com: A Brief History of The War on Christmas 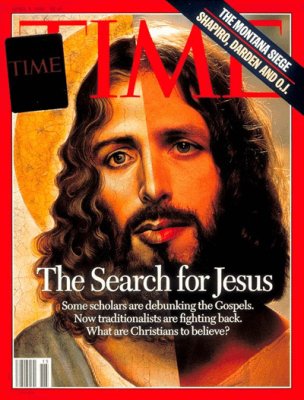 The Search for Jesus: Inside the Scholars' Debate
Next Up: Editor's Pick