How The Nutcracker Colonized American Ballet

By Sarah Begley and Julia Lull

When the San Francisco Ballet company performed the first complete version of The Nutcracker in the U.S. on Christmas Eve, 1944, they had no way of knowing that in time it would become as American as leaving the milk and cookies out for Santa.

Seventy years later, The Nutcracker is ubiquitous on dance companies’ calendars around the country, and whether they like it or not, the holiday mainstay often pays the bills for the rest of the season’s productions. As early as 1954, the year George Balanchine’s iconic choreography premiered in New York, TIME noted its profitability: “Nutcracker cracked the New York company for a stout $80,000, but by week’s end it seemed certain to pay off: the public had bought out all announced performances.”

Though the 1944 San Francisco performance was the first time the ballet was presented in full in the U.S., the music wasn’t new to Americans. The ballet debuted in 1892 in St. Petersburg, and Tchaikovsky’s Suite of the eight most popular songs (like the “Dance of the Sugar Plum Fairy” and the “Russian Dance”) quickly became a hit internationally. In 1940, Walt Disney had included the Suite in Fantasia. In one notable scene, fairies freeze a pond while skimming its waters across the top of a pond—foreshadowing another great American moment for the ballet: The Nutcracker: A Fantasy on Ice, starring Dorothy Hamill in 1983.

Over time, more major (and minor) regional ballet companies started performing the work during the Christmas season, some of them adopting Balanchine’s program, but with many other great choreographers putting their stamp on the work: Rudolf Nureyev, Mikhail Baryshnikov, Alexei Ratmansky and Matthew Bourne all have their own esteemed versions.

Why, of all ballets, has The Nutcracker become so dominant in the dance calendar? The answer has everything to do with children.

As music commentator Miles Hoffman recently told NPR, “for thousands and thousands of children [The Nutcracker has] been their first exposure both to ballet and to classical music.” Families want to expose their children to high culture, and The Nutcracker is a wholesome, visually stimulating choice.

Even more crucially, lots of kids get their first experience performing onstage in The Nutcracker, either in children’s or professional performances. Balanchine’s original choreography cast 35 roles for children, and from the party scene to Mother Ginger’s troupe of tots hidden under her skirt, tiny dancers are a staple in most versions. The Wall Street Journal recently reported that little boys are now signing up for auditions in droves, upping the competition for the young ensemble.

When your kid’s in the show, you’ve gotta see it—and you probably have to reserve tickets for the whole extended family, too. That means whether you have a young star or just a young audience member, if you’re only going to see one ballet per year, it will probably be The Nutcracker.

And yet: if there is to be a ballet monopoly, we need not complain that it belongs to The Nutcracker. Tchaikovsky remains one of the world’s most brilliant (if sometimes underrated) composers, and the familiarity of the material has enabled choreographers to get creative: there have been LGBT, hip hop and Jewish adaptations, among countless other avant-garde productions. Anytime a 19th-century composition remains a cultural touchstone into the 21st, it ought to be considered a triumph.

So long live The Nutcracker. May it persist on American stages well into the 22nd century and beyond. 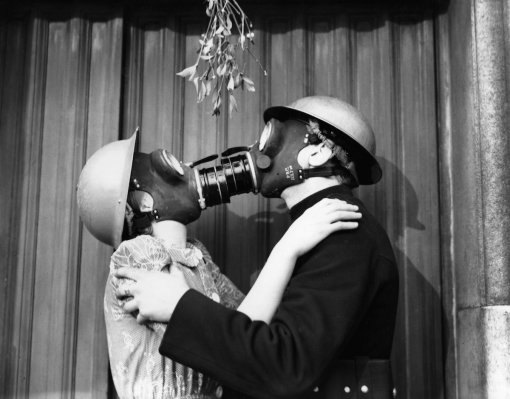 The Year Britain Celebrated 'Blitzmas'
Next Up: Editor's Pick