You know the old goal-setting adage: Don’t bite off more than you can chew (especially if your goal is to lose weight). But if that were all it took, you’d have nailed last year’s plan—and the year before last’s. But plenty of new research into modern psychology and the science of goal-setting and willpower offer some surprising non-cliché tips for making your resolutions work for you.

The turn of another year tricks us into seeing our big-picture selves, our slates wiped clean. Take advantage of it. People commit to their goals more fiercely after a major benchmark like New Year’s Day. If you are an I-don’t-believe-in-resolutions person who nonetheless wants to break a bad habit, wait for a Monday. It’s the most popular day of the week for starting diets and stopping smoking, studies show.

How’s this for a terrible irony: the more you want your goal, the less you’re likely to plan for it, according to a forthcoming paper in the journal Behavioral Science and Policy. That’s because we tend to think good intentions are enough, but an actual plan prevents procrastination. People with plans stick to their goals way more often than those who wing it.

Backup plans backfire by zapping your desire to chase your main goal. In a series of new studies, people who were told to think up a Plan B were less likely to attain their main objective. Researchers suspect that having backup goals may make failure feel somehow more acceptable.

George Wu, professor at the University of Chicago’s Booth School of Business, and his colleagues recently looked at marathon runners at the bitter end of their races. A huge number of people finished in times that clustered around round numbers, the researchers discovered—like a 4-hour marathon. “Marathon runners feel a lot worse just missing these really arbitrary reference points: the round numbers,” Wu says. So when people are really, really close to just missing their round-number goal, they’re much more likely to speed up at the painful end to beat it. People who are projected to beat it comfortably, however, actually slow down.

In a 2008 study, the most effective weight-loss plan was one in which people had to fork over cash if they didn’t meet their goal. After 16 weeks, those with financial incentives lost 14 lb. more than those who just weighed in. Try it at stickK.com, a site designed by behavioral economists who will gladly donate your cash to a recipient of your choice if you fail.

You know how good it feels to tick off an item from your to-do list. Put that to work by hacking a massive goal (reading 24 books a year, say) into parts (two per month). It’s more gratifying than working away at one big goal, says George Wu, professor at the University of Chicago’s Booth School of Business.

Think of willpower as your greatest natural resource, but know that it’s also a finite one, some experts say. Every time you engage your willpower for one task—saying no to a glass of wine, passing up the free cookies at work—you have less to resist other temptations. Since willpower is the secret ingredient to meeting your goals, use it wisely. 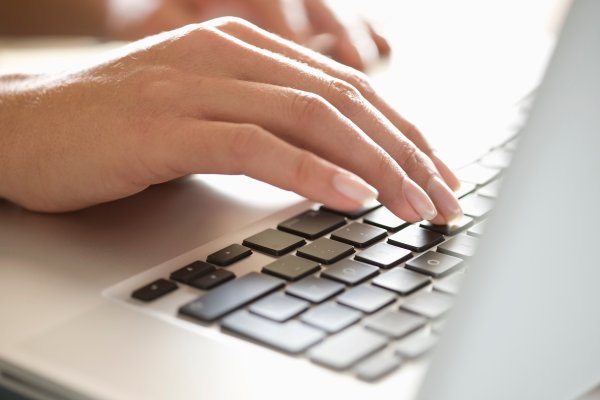 5 Email Habits of Very Productive People
Next Up: Editor's Pick