Krysten Ritter plays the voice of reason in the new Tim Burton film Big Eyes—that is, she plays DeeAnn, an enlightened feminist who sees through the problems in the marriage between Margaret and Walter Keane (Amy Adams and Christoph Waltz). “I represent the bigger feminist movement,” Ritter tells TIME. “A bolder woman who speaks up.” Ritter provides the film’s leavening sharp wit, as well as its sense that something between the Keanes is deeply screwy.

Big Eyes tells the story of how Walter Keane stole, for years, credit for his wife’s paintings, those famous (and famously creepy) big-eyed waifs. Margaret Keane, who’s still alive and still painting, grew isolated from the world and alienated from the art that was making her husband famous. In an interview with TIME, Ritter talks about the degree to which male artists still have it a bit easier than their female counterparts. “It would be greedy for me to say that there aren’t a lot of roles, because I’m working consistently and I’m very fortunate,” she says. “But I see more opportunities for boys than I do for girls.”

The star of Big Eyes and the upcoming Netflix/Marvel series A.K.A. Jessica Jones (who said her 2014 new year’s resolutions had been to book a Burton film and a Netflix show) remains optimistic, though. “That’s hopefully changing,” she says. 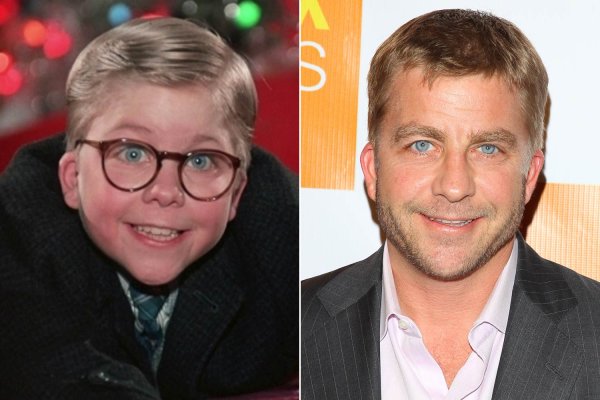 See What the Holiday Movie Stars of Your Childhood Look Like Now
Next Up: Editor's Pick