Jack Black, Downton Abbey, and The Phantom of the Opera don’t necessarily go together, but that changes with the arrival of composer Andrew Lloyd Webber’s latest musical passion project on Broadway.

School of Rock—The Musical, a stage adaptation based on the hit 2003 film starring Black as a wannabe rocker who forms a band at a prestigious prep school, will make its world premiere in New York at Broadway’s Winter Garden Theatre. Previews begin Nov. 2, 2015 in anticipation of a Dec. 6 opening.

Casting has not yet been announced, but the creative team is worth taking note of. Webber (Cats, Jesus Christ Superstar) has penned new music for the show to accompany existing music from the movie, with lyrics by Glenn Slater (Tangled, Broadway’s The Little Mermaid) and a book by Downton Abbey creator Julian Fellowes, who previously wrote for Broadway with Mary Poppins. Laurence Connor, who helmed the current revival of Les Miserables, will direct.

The stage isn’t the first destination for School of Rock next year. Nickelodeon announced a TV series adaptation of the film in a straight-to-series pickup earlier this year. The show, starring Tony Cavalero as Dewey Finn, will air in 2015. 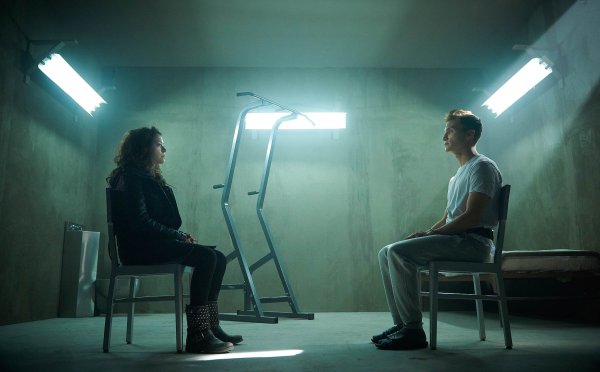 Here's a First Look at Season 3 of Orphan Black
Next Up: Editor's Pick