For Success at School, Personality May Beat Brains

When it comes to success in school, being smart isn’t all it’s cracked up to be. Personality may have a lot more to do with academic success than just sheer intelligence, according to a new study.

Arthur Poropat, a lecturer in psychology at Australia’s Griffith University conducted the largest ever review of personality and academic performance. Porporat found that an individual’s personality traits are better indicators of academic success than a high score on an intelligence test, for students at both high school and college. Specifically, he suggests, students who are conscientious, open and emotionally stable have the best likelihood of succeeding at their studies.

“Conscientiousness reflects things like making and carrying out plans, striving to achieve, and self-control, and is linked with a factor of childhood temperament called Effort Regulation,” says Porporat. “But I found that two other personality factors were also important: Openness (also called openness to experience and intellect), encompassing being imaginative, curious, and artistic; and Emotional Stability, covering calmness and emotional adjustment (as opposed to being anxious, fearful or unstable).”

Students who had those traits were able to compete more effectively in an academic setting. “A student with the most helpful personality will score a full grade higher than an average student in this regard,” says Porporat, whose results have been published in the journal Learning and Individual Differences. “In practical terms, the amount of effort students are prepared to put in, and where that effort is focused, is at least as important as whether the students are smart.” (Interestingly, Porporat published a separate report on elementary students and found the effects are even stronger, although intelligence has a much bigger impact in primary education.)

How did he arrive at this counterintuitive conclusion? “My research was actually a series of meta-analyses, using similar procedures to those used in medical research,” says Poropat. (Meta analysis is a process of analyzing a wide swath of results of other studies, and correcting for errors).

So far he has completed two analyses: the first included nearly 140 studies and over 70,000 participants, and the most recent, which he spent the last eight years working on, looked at 22 studies with 5,514 participants and focused on links between personality traits and academic performance in secondary education.

Porporat examined five distinct personality traits (conscientiousness, openness, agreeableness, emotional stability and extraversion) and found that conscientiousness and openness have the biggest influence on academic success. His results fall in line with similar work by well-regarded educationalists such as Paul Tough, who regards “grit” as the most important quality in a student.

Could this could mean that intelligence tests are not as useful as they’ve been made out to be? “Intelligence tests have always been closely linked with education and grades and therefore relied upon to predict who would do well,” Porporat says. “The impact of personality on study is genuinely surprising for educational researchers, and for anyone who thinks they did well at school because they are ‘smart.'”

So how do educators measure and cultivate these personality traits? Well, they can’t just ask students if they have them; Porporat found that self-assessment only was only about as useful for predicting university success as intelligence tests. But when he had people who knew the students well assess their personality traits, the results were nearly four times more accurate for predicting grades.

“What I found was that when someone who knows the student well provides the personality rating, the correlation with academic performance is much stronger than if the student rates their own personality,” said Porporat. “In the case of conscientiousness, it is nearly four times as strong, but the effect for emotional stability is comparatively greater. Apparently, students don’t rate their levels of anxiousness at all accurately— not exactly surprising but the consequence is important.”

In the classroom, this could mean that teachers can assess a student’s personality and match educational activities to their dispositions. Porporat believes that understanding how personality affects academic achievement is vital to helping students reach future success.

This is good news for many parents and students. While intelligence can’t be taught, per se, conscientiousness and openness can be learned. “Personality does change, and some educators have trained aspects of students’ conscientiousness and openness, leading to greater learning capacity,” said Porporat. “By contrast, there is little evidence that intelligence can be ‘taught,’ despite the popularity of brain-training apps.”

Don’t rule the intelligence test out completely however; Porporat admits that the best students will be both bright and conscientiousness, open and emotionally stable. 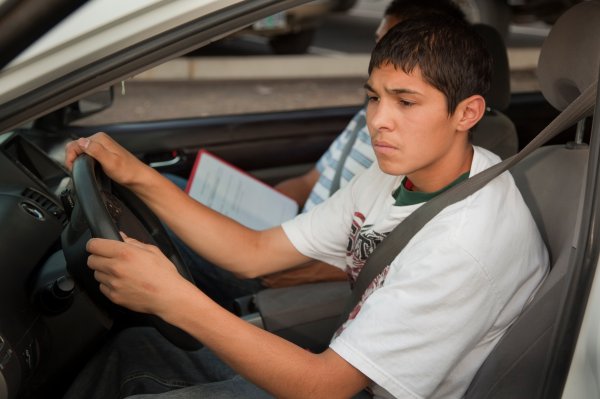 Study: What Kind of Car NOT To Buy a Teen Driver
Next Up: Editor's Pick