This Poll Shows America’s Stark Racial Divide Over the Police

Public defenders, members of the legal community and others lay down during a "die-in" protest in the Brooklyn borough of New York Wednesday, Dec. 17, 2014.
Craig Ruttle—AP
By Josh Sanburn

The percentage of nonwhite Americans who view police officers as honest and ethical plummeted in 2014, according to a new poll, sending ratings of law enforcement officers among all Americans to lows not seen in two decades.

According to a Gallup poll released Thursday, only 23% of nonwhites—largely made up of blacks and Hispanics—said they rated the honesty and ethical standards of police officers as “very high” or “high,” a 22-point drop from 2013. The views of non-Hispanic whites, however, remained virtually unchanged. Almost 60% said they rated cops’ ethical standards as very high or high.

(MORE: Why the Road to Ferguson Was a Freeway)

The drop among nonwhites helped bring overall honesty ratings for all Americans down to 48%, the lowest since 1995.

As crime rates have dropped over the last couple decades, Americans have generally viewed officers positively, according to Gallup. The highest ratings came, unsurprisingly, after 9/11, when 68% of Americans viewed cops’ ethics and honesty ratings as high, as they watched police officers in New York and elsewhere respond to the terrorist attacks on the country.

But the recent events in Ferguson, Mo., and Staten Island, where white officers were involved in the deaths of Michael Brown and Eric Garner, two unarmed black men, appear to have dramatically sunk those positive views among communities of color.

Grand juries declined to indict both officers—Ferguson’s Darren Wilson of the Ferguson Police Department and New York City’s Daniel Pantaleo—in the deaths, respectively, of Brown and Garner. Those decisions have sparked widespread demonstrations in major cities against police brutality.

Americans’ views of officers’ ethics and honesty are not as low as they were in the 1970s, however, at a time when crime was a much bigger problem around the U.S., especially for inner cities. In 1977, only 37% of respondents rated officers’ ethical standards positively. 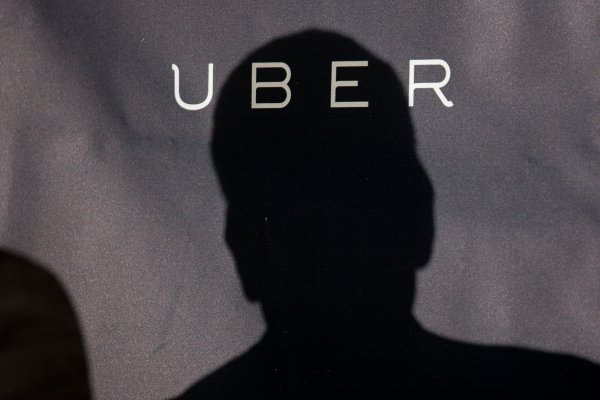 Uber Driver Accused of Raping Passenger in Boston
Next Up: Editor's Pick