Here's a First Look at Season 3 of Orphan Black

The first peek at Orphan Black‘s third season is here — and it looks completely tense.

A first image, which premiered on EW Wednesday, shows Tatiana Maslany as a clone (Sarah, probably) facing off against the newly-discovered male clone played by Ari Millen. The family reunion does not look particularly fun.

Show creator Graeme Manson told EW that the male clone pictured in the teaser image isn’t who viewers might expect. The clone isn’t Mark, the clean-cut man who viewers met on the cult-like farm last year, but is instead a new male clone from Project Castor named Rudy. As for this new clone breed, Manson raised more questions than he answered in the interview: “How are they different? How are they the same, these brothers? Is Mark a traitor? Is Mark undercover? Like everyone else on Orphan Black, Mark has divided loyalties.”

While Mark and his brothers may be invading the show’s third season, Manson assured fans that Sarah and her sisters will remain the focus of the story. “We want that audience to be taking that journey with Sarah, throughout the whole series,” said Manson. “She’s going to be leading her sisters and protecting her family. And that’s the drive. She’s the one that the audience roots for.”

One thing Manson did confirm, though, is that the new season will kick off more or less right where we left off in Season 2. Based on the two teaser trailers circulating, there’s no time to waste. 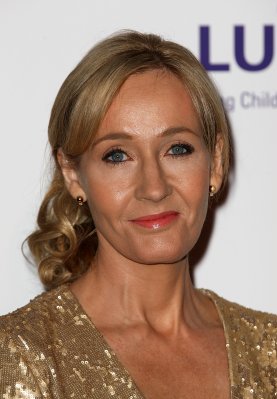 J.K. Rowling: Yes, There are LGBT Students at Hogwarts Too
Next Up: Editor's Pick