Putin Shows Stick to West, Carrot to Oligarchs, and Heart to 'Someone'

Russian President Vladimir Putin defended his officials, appeased local oligarchs and, of course, railed at the West Thursday as he faced journalists for the first time since the ruble went into free-fall last week.

Russia’s most eligible divorcee also managed to break hearts from Vladivostok to Kaliningrad by saying he’s in love again, although he was coy about the identity of the lucky lady.

In a statement that sent sighs of relief around the corridors of power in Moscow, Putin shielded his government and central bank from criticism, saying that the crisis “has of course been caused by external factors first and foremost.”

“The central bank and government are acting adequately and correctly,” Putin said, although he added that “some decisions could have been taken more quickly.”

He acknowledged that it could take “up to two years” for the Russian economy to return to growth as a result of the crisis.

After doing a passable imitation of a deer stuck in the headlights for most of the last week, the Russian central bank yesterday announced a suite of measures to prop up the banking sector and allow its large stash of foreign reserves to be used, indirectly, to help companies repay their foreign debts. At the same time, local reports suggest the government pressured biggest businesses into bringing more of their export earnings back to Russia.

As a result, the ruble is now up nearly 25% from its low on “Black Tuesday” when the dollar briefly bought 80 rubles for the first time ever. But it’s still down 50% this year, and it weakened again after Putin spurned a number of opportunities to sound a conciliatory note on Ukraine, the issue that caused the U.S. and E.U. to impose sanctions on Russia’s largest banks and oil companies.

Putin said that “25%-30%” of the problems currently facing Russia were due to the sanctions, which he again attacked in a characteristically defiant and bitter tone. In one vivid extended metaphor, he said the West wanted “to chain the Bear,” de-claw it and saw off its teeth, unless it sat quietly eating berries in the forest.

But beyond the usual rhetoric, there was little hard news in a three-hour press conference that was, as usual, more a series of well-rehearsed lectures than a genuine question-and-answer session.

The most dramatic development was Putin’s announcement that the tycoon Vladimir Evtushenkov, head of the conglomerate AFK Sistema, would be invited along with other businessmen to a meeting to discuss further measures on overcoming the crisis.

Evtushenkov has been under house arrest for over a month since a court seized Sistema’s oil company, OAO Bashneft, on allegations that it had been privatized corruptly. The incident had sent shock waves through Russian business circles, and Putin stressed Thursday that there were no plans to take back any other businesses.

Sistema’s depositary receipts shares doubled by lunchtime in London to $4.61–but they’re still down 80% since last August. 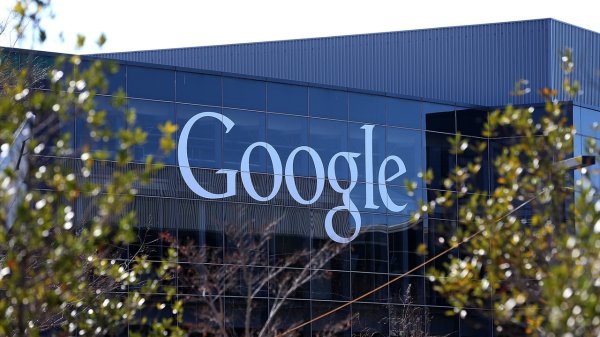 Google Now Worth More Than Russia's Stock Market
Next Up: Editor's Pick