Taylor Swift may have caused waves when she pulled her catalogue of music — including this year’s album 1989 — from the streaming service Spotify, but there was one group who applauded the decision: other musicians.

In an interview with The Hollywood Reporter, Swift explains that she was surprised by the media-storm over her decision, though she ultimately realized she’d made the right choice. “I didn’t think that it would be shocking to anyone,” Swift told THR. “With as many ways as artists are personalizing their musical distribution, it didn’t occur to me that this would be anything that anyone would talk about. But I could never have expected so many text messages, emails and phone calls from other artists, writers and producers saying thank you.”

She doesn’t elaborate if one of those artists was Kendrick Lamar — whom Swift wishes she “was best friends with” — though their mutual admiration for one another is well-documented. 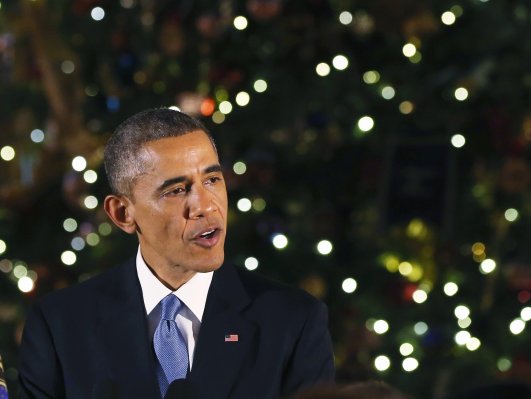 Here is President Obama's Favorite Movie of 2014
Next Up: Editor's Pick